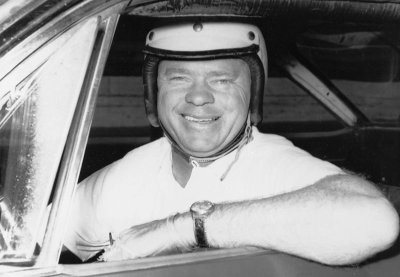 Joe Weatherly transitioned from one of the great motorcycle racers to two-time NASCAR Grand Champion. See more pictures of NASCAR.

Of the men who have won the NASCAR Grand National championship, few if any were more determined than Joe Weatherly. The stubby Norfolk, Va. leadfoot succeeded in anything he tried, on two wheels or four.

Weatherly's indoctrination into the sport of speed came in motorcycle racing. After becoming one of the sport's top riders, winning the American Motorcycle Association champion­ship twice, he looked to stock cars for his livelihood. "I like having something between my head and the ground when I crash," he reasoned.

Weatherly was the NASCAR Modified cham­pion in 1953 and spent much of the '50s driving souped-up coupes in the bullrings. He dabbled a little in NASCAR Grand National competition while earning a living racing Modifieds. His first NASCAR Grand National start was in a Junie Donlavey-owned Hudson in the '52 Southern 500. Weatherly finished 16th in a field of 66.

From that auspicious beginning, Weatherly was soon to become one of the craftiest drivers in NASCAR. As he became a polished professional, he also became a top-ranked driver in NASCAR's Convertible division, winning a dozen races and finishing among the top five in points for three consecutive years. When the ragtop division folded, Weatherly made the full-time move to the headlining NASCAR Grand Nationals.

In 1961, the 5'7", 140-pound bundle of energy hooked up with team owner Bud Moore. The new unit hit stride immediately in their Pontiac, winning their first start in Daytona's 100-mile qualifying race. Weatherly won nine races in an abbreviated 25-race schedule and finished an amazing fourth in the final points standings.

In '62, Moore was prepared to run a full schedule. Again, Weatherly won nine races and walked away with the national driving championship in his first attempt.

When General Motors sliced its racing budget in 1963, Moore was forced to cut back his schedule and forsake the 100-milers on short tracks to concentrate on the big-money superspeedway events. Without a ride for the short tracks, the gritty Weatherly improvised. He spent hours on the phone trying to line up a ride, talking back-markers out of their cars so he could drive for points.

Weatherly had to "hitchhike" his way into the starting lineup in 18 races. He drove equipment far below the ­potential of a champion, but quitting wasn't an option. "Sometimes I would get in a car that I knew couldn't win," said Weatherly. "But I did the best I could and tried to take it easy on the fellow's equipment."

During the course of the season, Weatherly drove for nine different teams, piloting five different makes of cars. Some of the owners who helped Weatherly with a ride included Cliff Stewart, Wade Mounts, Major Melton, Fred Harb, and Pete Stewart, not exactly top-of-the-line NASCAR icons. But Weatherly drove his heart out and, incredibly, won the 1963 championship, beating young Richard Petty in a duel that went down to the final race at Riverside on Nov. 3.

Weatherly took the role of a modest champion. "My luck was better than Richard's," he said. "I had greater luck, rather than greater skill. In the first place, I was lucky to get rides when I needed them. Lots of guys in racing helped me. I don't know how to thank each and every one for their help. I tried to split up the money so they would all be satisfied."

Weatherly started the 1964 NASCAR Grand National campaign with consistent finishes and was once again leading the standings when the tour headed for Riverside, Calif., in January for the fifth race of the season.

Mechanical problems forced him into the pits early and he lost countless laps while repairs were being made. He was back on the track trying to gather as many points as possible when, on his 232rd mile, he crashed in the "esses" on the twisting road course. As the left front of his Mercury tagged the concrete wall, Weatherly's head flopped out the window and struck the wall. He died instantly.

Weatherly wasn't wearing a shoulder harness in his fatal crash, as NASCAR had yet to make them mandatory. "The thing I fear the most is fire," he once said. "If my car catches on fire, I can get out a lot quicker if I only have my lap belt to unfasten."

The racing fraternity mourned the loss of its two-time NASCAR Grand National champion. During his NASCAR career, Weatherly won 25 races in 230 starts. Only twice did he run the full schedule, and both times he wore the championship crown.