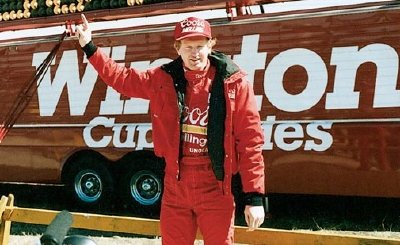 Bill Elliott was possibly the most well-liked NASCAR driver of all time. He won the Most Popular Driver Award an incredible 16 times. See more pictures of NASCAR.

After 30 years on the NASCAR circuit, 51-year-old Bill Elliott cut back on his schedule but still ran a few NASCAR races in 2006. It's not as though he had anything to prove: With one championship and several records under his belt, Elliott has unquestionably earned his place in NASCAR history.

For the first seven years of his NASCAR career, Elliott ran only a partial schedule. Though he failed to reach the winners circle, he did record 10 top-5 finishes. He first raced full time in 1983, the year he also earned his first victory.

He added three more in '84, then exploded in '85 with a career-high 11 wins. He also won the inaugural Winston Million that year, a one-million-dollar award paid to any driver who could win three out of the four top races of the season (the Daytona 500, Winston 500, Coca-Cola 600, and Southern 500). This feat earned him the nickname "Million Dollar Bill" and also helped make him the first NASCAR driver to grace the cover of Sports Illustrated magazine.

After finishing second in the points standings in 1985, fourth in '86, and second again in '87, Elliott finally won the championship in 1988. But history might best remember him for his 1987 season, when he not only set the all-time top qualifying speed of 212.809 mph at Talladega but also set the top qualifying speed of 210.364 mph at Daytona International Speedway.

Since NASCAR responded to these frightening speeds by requiring cars to run restrictor plates at both of those tracks -- where nobody has since reached 200 mph in qualifying -- Elliott's records will likely never be broken.

Though Elliott never won a second championship, he was runner-up in 1992, missing the mark by just 10 points. Thereafter he never placed higher than 8th but did manage to add five more wins to his total, which stands at 44 -- putting him 14th on the all-time win list.

Besides his qualifying-speed records, Bill Elliott holds another record that may never be broken. The soft-spoken man from Dawsonville, Ga., received NASCAR's Most Popular Driver Award 16 times, most recently in 2002. He removed his name from the ballot after that, and the award will reportedly be named in his honor upon his retirement.