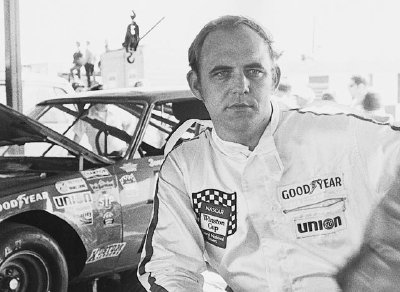 Though Benny Parsons' early NASCAR efforts ended in failure, his persistence paid off with a Daytona 500 victory in 1975. See more pictures of NASCAR.

Ford Motor Co., always on the lookout for a "diamond in the rough," summoned a couple of unheralded youngsters to audition for a factory-backed ride in the Asheville-Weaverville event. The two drivers Ford had their eye on were Cale Yarborough and Benny Parsons. It was a chance of a lifetime in auto racing's lifetime of chance. Both Yarborough and Parsons were strapped into potent '64 Ford Galaxies.

Both qualified in the top 10 in the 36-car field. During the race, Parsons had difficulty getting oriented with the powerful car on the speedy track, and was generally unimpressive in his big chance. Yarborough ran with the leaders at times and drew raves until a broken radiator sent him to the sidelines. "I thought Cale was excellent," said John Holman, head of Ford's racing effort.

While Yarborough's successful audition earned him a factory ride within a year, Parsons went back to the short tracks of the Midwest. "I was just a kid and I didn't perform well," Parsons said years later. "It took me another six years to get into NASCAR racing."

Parsons' skill in stock cars netted him a pair of championships in the Automobile Racing Club of America. Another opportunity in NASCAR didn't come until 1969 and he didn't get a real shot at the big time until '70. Parsons was originally hired by L.G. DeWitt as a substitute driver for Buddy Young, who was injured in the '70 season opener at Riverside.

Young's recuperation process took nearly a year. While filling in, Parsons performed admirably, scoring 23 top-10 finishes in 45 starts in his rookie season. At the close of the year, DeWitt elected to keep Parsons on the team's payroll.

Four years later, Parsons wore the crown as NASCAR Winston Cup Grand National champion--and his title run came against nearly impossible odds. The DeWitt team had no sponsorship during the 1973 season. Their racing arsenal contained only three cars while most of the top contenders had a full fleet of machinery at their disposal.

A unique points system was used in 1973, awarding points for each lap completed in addition to overall finish positions. Parsons only led 374 laps and recorded a single win at Bristol, but he completed 9311 of a possible 10,258 laps.

Keeping the car running in most of the races enabled Parsons to build a 194-point lead entering the final race of the year at Rocking­ham. Under the points system, 371 points would go to the winner of the 500-miler. Five drivers had a shot at the championship.

Parsons qualified a strong fifth. But as the lead pack was lapping the backmarkers in the early laps, Johnny Barnes spun into the wall. Barnes' car bounced into the path of Parsons, who hit him hard. The axle was broken on Parsons' Chevrolet. The entire right side was ripped away. Suspension parts were strewn all over the track. Bluntly, the car was wiped out.

But the racing fraternity rallied around the underdog. Hijacking pieces of a car that had failed to earn a starting spot in the race, hordes of pit crewmen from several teams joined in and reconstructed Parsons' car. Incredibly, Parsons rolled back onto the track 136 laps after the accident and he drove to the ­championship.

"I was lower than the gutter when I first came back to the pits after the wreck," said Parsons. "We were out of it. Fifth place [in the NASCAR Winston Cup standings] was looking me dead in the eye. But I really got inspired when I saw everyone on our team and so many from the other teams swarming over my car. What they did was a real miracle."

By completing 308 laps, Parsons was able to accumulate enough lap points to win the title by 67.15 points over Cale Yarborough. Parsons wrapped up the title and joined the top echelon of NASCAR Winston Cup racing.

Parsons' NASCAR Winston Cup career continued through the 1988 season. In addition to his title season in '73, he captured NASCAR's biggest event, the Daytona 500, in '75. He logged 21 victories in stock car racing's premier division, and was voted among the top 50 drivers in NASCAR history during the Golden Anniversary in 1998.

After his retirement, Parsons went into television ­comment­ary. He served as an analyst for NASCAR NEXTEL Cup broad­casts starting in 1989 and remained a fan favorite until he died of cancer in early 2007.