Before we can begin to look at how the TTXGP Grand Prix works, we should first figure out what we're even talking about. What are all those letters? And how on earth can any race worth the track time be carbon-free?

Let's start with TTXGP. The race circuit itself is called the Isle of Man TT, where "TT" stands for Time Trial. Almost ever since they were invented, motorcycles have raced on the Isle of Man -- an island located between Great Britain and Ireland. The first race was in 1907, and the races have continued almost uninterrupted for a century. The course used by motorcycle racers today is 37.75 miles (60.8 kilometers) long, and has corners and curves named things like Cronk-y-Voddy and Kate's Cottage. Race bikes have set dozens of records at the Isle of Man TT over the years. The fastest lap (so far) was turned in about 17 minutes, and the fastest speed was clocked at 130 miles per hour (209.2 kilometers per hour).

The "X" in TTXGP stands for extreme. This refers not only to the idea of racing motorcycles on a twisty road course in the first place, but also to the fact that every motorcycle in this series is carbon-free. Since no petroleum-based fuels are allowed, all the bikes so far have been battery-powered electric models, but as green technology advances, other fuels will likely be seen on the track.

Lastly, the GP stands for Grand Prix, just as it does in other race series'. It's French for grand prize, the title and trophy that all the competitors are vying for.

So there you have it, TTXGP: A circuit name, an extreme fuel and fame and glory for the winner. But how and when did it all come together in the first place?

How the TTXGP Got Its Start

John Schimmin, the Isle of Man Environment Minister (left), and Azhar Hussain, founder of the TTXGP (right), behind the Mavizen electric motorcycle.
Photo by Kristen Hall-Geisler

Azhar Hussain owned a small aftermarket electronics company in the United Kingdom called Mavizen. They were doing pretty well making accessories for devices like the iPod when the global economic crisis of 2008 hit. It was too much for his small company to survive, so Hussain sold everything but the name Mavizen in early 2009. But a new venture had already caught his eye: electric motorcycles.

Convincing the racing powers that be that electric motorcycles should be raced on one of the most legendary courses in the world was a challenge. First, he made a deal with the Isle of Man to use the TT circuit for electric racing. The next step was even more difficult: Hussain not only had to prove that the technology was safe, but also change the minds of the established racing world. "There's an element of motorsports being not as forward-thinking and innovative as it's portrayed," said Hussain. "It's a very traditional sport."

He had confidence that those minds -- and rules they had established over 100 years of racing -- could be changed. So confident, in fact, that Mavizen produced its first electric motorcycle prototype, the TTX01, in November of 2008, just six months before the first race. But Mavizen wasn't the first to build such a bike, and Hussain knew it. As he worked to establish the inaugural race, he invited teams of other electric motorcycle builders, such as Brammo, to participate.

Hussain established relationships with the government of the Isle of Man, including Environment Minister John Schimmin. He also worked with the Auto-Cycle Union and the Institution of Engineering and Technology (IET) to establish rules and regulations, with IET fellow Simon Maddison eventually signing on as tech director for the race.

While basing the rules on established road-racing and TT history, the new technology required new guidelines. "We are new to motorsports, and that's been both an advantage and a challenge," said Hussain. "The advantage is that we're not burdened by any kind of heritage. We just say, 'OK, why?' We have to, because we don't know anything."

"Asking that question, why, hasn't always brought back an answer that makes any kind of sense anymore. Rules are made at a moment in time for a specific instance. Some accident happens, or somebody creates a new valve, so they create a rule to deal with that situation. The world moves on, but the rule gets in the rulebook, and every year it's a rule. Science has moved on in such big leaps and bounds that the rules just do not keep up."

The rules devised by the TTXGP founders are a complete departure from any other motorcycle race rules, according to Hussain. They allow for things like two-wheel drive, extensive aerodynamic fairings, and feet-forward bike designs.

Finally, when all the safety and technical requirements had been worked out, the date for the inaugural race was set for June 12, 2009. Hussain published the rules and regulations and put out the call for teams to register.

Hussain had no idea how many teams might show up to race, nor did he much care, just as long as somebody did. In all, 17 teams from six countries registered in two classes, the Best Buy Pro class and the Open class. Of those, three were unable to start the race -- mostly due to the financial problems of building a bike, amassing a team and bringing the whole entourage to the Isle of Man.

There's no limit on the number of teams that can participate in a TTXGP race, nor is there a limit on the number of bikes a team can run. Brammo, for instance, had two motorcycles racing in that first event. One ridden by Mark Buckley who eventually placed third, and the other, with Roy Richardson at the controls, that didn't finish the race.

The race was set at one lap of the nearly 38-mile (61.2-kilometer) circuit. As in every race, fuel management was a concern. This time, however, the fuel came in the form of battery packs. The charge had to last the length of the race and have enough power to pull ahead of the other bikes in the pack.

After less than a half an hour, the race was over. The Agni 101 ridden by Rob Barber had taken the grand prize with a time of 25 minutes 53.50 seconds, and a lap speed of 87 miles per hour (140 kilometers per hour). The first winner of the first electric motorcycle race on the Isle of Man was only six minutes slower than the holder of the gasoline-powered record at the time. Not too shabby for the first race.

There was a variety of experience levels represented at the TTXGP Isle of Man race, with some well-funded teams and others running on a shoestring budget. But, as Hussain pointed out, "The guy who won was the guy who'd been doing it the longest. Experience trumped money."

You'll have to act fast to get your hands on a Mavizen TTX02 -- Mavizen plans to build just 50 of them.
Photo by Kristen Hall-Geisler

According to Mr. Hussain, the hard work in establishing a new type of motorcycle racing has already been accomplished. And since the rules and regulations were designed to be used worldwide, in 2010 they will.

The TTXGP at the Isle of Man TT circuit has its second go-round May 29th through June 11th, 2010. Racers have to complete two laps this time, for a total of 75.5 miles (121.5 kilometers). Keeping it close to home, a four-race TTXGP U.K. Championship has been announced as well.

A four-round series in the United States will also take place in 2010. The first race date is May 14-16, at Infineon Raceway in Sonoma, Calif., and the remaining three dates will be announced as soon as plans are finalized.

Hussain, as an electronics entrepreneur, is excited to see what the entries look like for the Sonoma race. In the United States, he said, "It's a competition of doing things. I'm doing things my way, you're doing things your way. Let the market decide, let the spectators decide, whatever."

As teams are able to get more practice and technology continues to improve, speeds will rise and electric-powered motorcycles will gain equal footing with their gasoline-powered counterparts. The Mavizen TTX02, an electric racing bike produced by Hussain's company, is expected to reach a triple-digit top speed. Engineers worked with the builders of the Agni 101 (the bike that won the first TTXGP) to create the TTX02, which will be limited to a run of just 50 units.

For more information about the TTXGP, motorcycles and other related topics, follow the links on the next page.

Up Next
Who Insures Race Car Drivers and Their Cars?
Part of the thrill for spectators in car racing is the wrecks — assuming everyone is OK. But who is left picking up the bill when those expensive cars end up destroyed?
Explore More 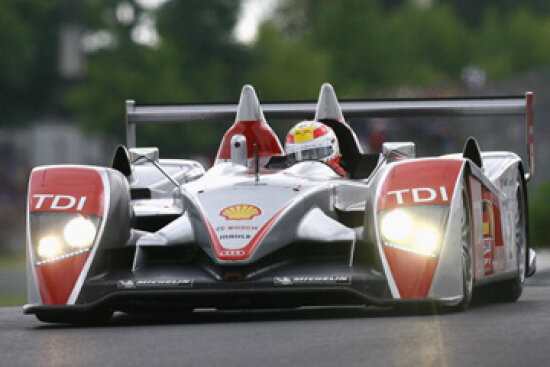 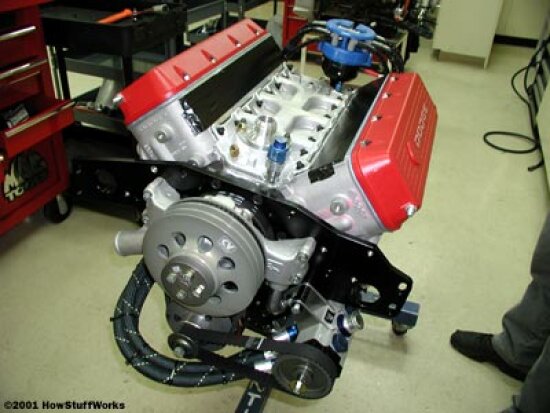 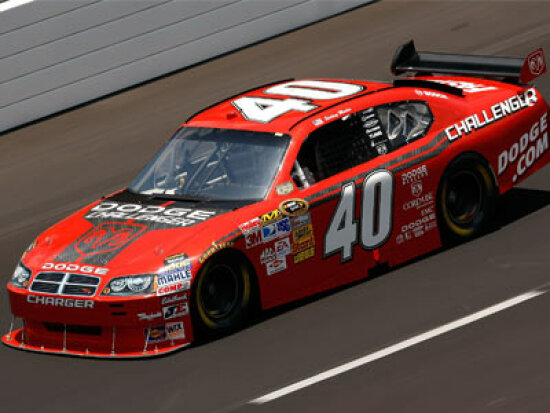