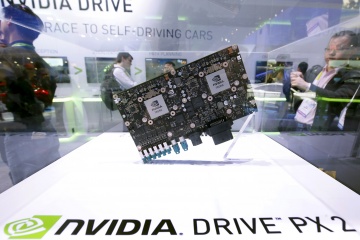 It's probably not surprising that the technology in driverless race cars is similar to that in your run-of-the-mill autonomous (or even semi-autonomous) car. That's because navigating on a racetrack and cruising down a highway are alike in many fundamental ways: Both require you to keep away from other cars, stay on a designated course and avoid unexpected obstacles. Even more advanced racing skills, like taking a corner as fast as possible without spinning out, can be likened to taking a turn on an icy freeway. Still, driverless race cars face unique challenges, and engineers have come up with some pretty genius ways to deal with them.

A typical driverless car uses a variety of sensors to observe its surroundings. Radar sensors placed around the car can detect the vehicle's position in relationship to the cars around it. Video cameras help keep track of nearby traffic, but they also read traffic lights and road signs, and help the car avoid obstacles like pedestrians. Lidar — or light radar — bounces pulses of light off the car's surroundings to create a three-dimensional view that's useful for identifying lane markings and the edge of the road. A computer pulls all this data together and manipulates the steering, acceleration and braking accordingly [source: Armstrong].

Racing demands even more from a driverless car. Given the higher speeds, acceleration and braking are much harder, and there's far less reaction time. Techniques like determining the best line through a turn, fighting for position and compensating for load shifting during steering are also necessary. Many of these skills are instinctual for race car drivers, but driverless cars can get it right only if they're programmed with the proper algorithm [source: Adams].

So what's a racing-challenged engineer to do?

They take a look into the heads of race car drivers — literally. One research team at Stanford actually hooked drivers up to electrodes that measured brain activity as they raced against other cars. Information gleaned from this experiment helped the engineers fine-tune the computer systems of the driverless race cars. For example, by examining the human drivers' instinctive response when the vehicle spins out on a turn, engineers were able to improve the timing of the software that helps stabilize the car [source: Knapton].