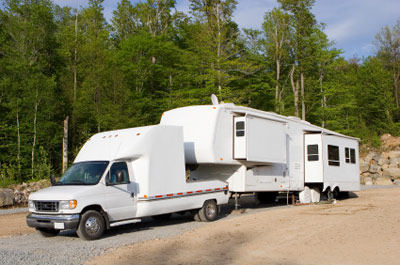 Fifth wheels are unlike conventional tow hitches in that they require more maintenance to operate. They are mechanisms, not machines, so you don't really need to worry about them breaking down -- but you do need do lubricate them often to prevent them from malfunctioning. Always keep a generous amount of lube on the lube plate or top of the fifth wheel. Axel or chassis grease will do the trick. Also, make sure the lube plate is free of any obstructions before coupling the trailer.

A fifth wheel works by locking a king pin into the lock jaw. It does kind of sound like a mob boss stepped on a rusty nail and got infected with tetanus. But seriously, these two mechanisms are the backbone of fifth wheel towing. The king pin is similar to a hitch coupler and is attached to the trailer, while the lock jaw acts as the hitch receiver. One the lube plate is all greased up and you've inspected the fifth wheel thoroughly, you're ready to connect the trailer or hook up.

Hooking up a trailer equipped with a king pin is different than connecting a conventional trailer. You don't drop the trailer onto the receiver. Instead, you push the fifth wheel up onto the trailer. Fifth wheel trailers are equipped with what's referred to as landing gear or jack legs. These keep the trailer suspended when it's not hooked up to a towing vehicle. Now, back your towing vehicle right up to the edge of the trailer and make sure the king pin is lined up with the throat, or opening of the fifth wheel. Next, hop out and adjust the height of the trailer so it's just about to touch the lube plate. Once you've determined everything is good to go, back the truck up. You'll feel resistance because the trailer will have to slide up the lube plate. Once the king pin slides into the lock jaw, you'll feel it and probably hear a loud clang. Before you raise the landing gear, pull forward just enough to make sure the trailer is secure. Be careful not to drag your gear. Raise the gear and you're ready to go.

When you're ready to uncouple, there's a lever on the side of the fifth wheel that opens the lock jaw and releases the king pin. In reverse order, drop your landing gear to the point where it's almost raising the trailer. Now pull the release lever to unhook the king pin. If you can't release the lever, chances are you have too much tension on the king pin. Make the necessary adjustments by moving the towing vehicle slightly (forward or reverse) or move the trailer up or down with the landing gear. Once the king pin is released and gear is down, pull the vehicle clear. It's that simple.

Now that you're ready to drive, let's mosey on over to the next section to learn some driving tips. After all, driving is the fun part, right? Let's find out on the next page. 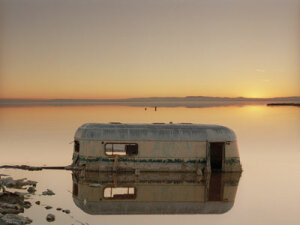 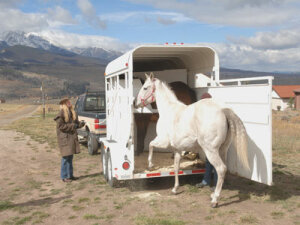 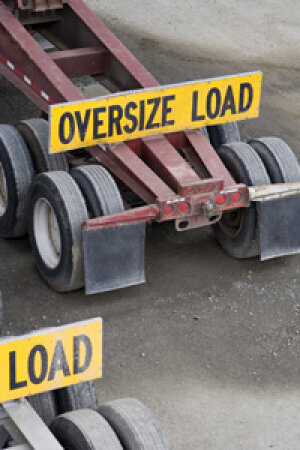