by John Fuller
Prev NEXT
9 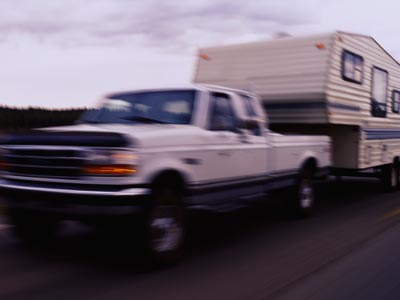 Properly distributing the weight of your cargo can minimize trailer sway and keep the vehicle from fishtailing.
Panoramic Images/Getty Images

If you've ever had to move yourself to a different house or apartment, you've probably had to deal with moving all of your stuff, packing things away into a moving truck. Most likely you moved the larger objects like furniture and the television first, maybe tying them down with rope to keep them in place. Next you brought in the smaller objects like boxes, placing them around the bigger objects. You also probably didn't construct tall columns out of your belongings, knowing the slightest turn could send everything toppling.

These same issues need to be taken into consideration when towing, since it's nearly the same thing as moving heavy objects in a moving truck. Keeping aware of the proper weight distribution is a simple way to make a towing job much smoother and safer.

It's always best to begin loading the heaviest cargo first, tying it down with rope or bungee cords so it doesn't shift while the vehicle is in motion. Smaller cargo should follow and fill the spaces in between. The cargo's center of gravity should be low, and about 60 percent of its weight should be toward the front. You should also balance the sides of the trailer in order to reduce the chance of it flipping.

Once you have everything in its right place, the next step involves being able to see behind you. Read the next page for a look into proper mirror use. 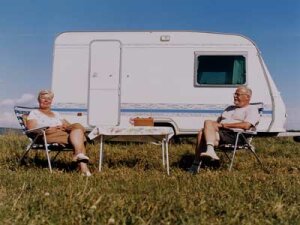