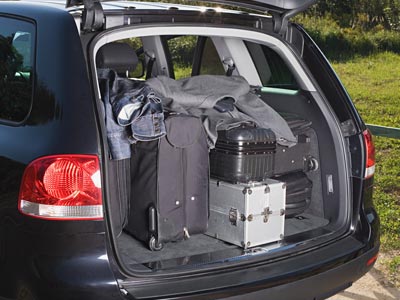 Image Source/Getty Images
An SUV can carry more than a car, but if you treat it like a truck you might run into some safety issues.

When it comes to payload, some think of an SUV as a sort of best-of-both-worlds vehicle -- it has lots of carrying capacity like a truck, but it also has the seating capacity and other luxuries of a car.

It's best to think of the payload capacity of an SUV as in between a truck and a car. Usually it can carry more than a car can. It's easy to make extra space in most SUVs because the back seats almost always have the capability of folding forward, creating one large storage space that can carry some extra-large cargo -- gear that's a bit more heavy-duty.

Unlike most pickup trucks, of course, SUVs have roofs, so there's a limit to how much you can pile up. But more importantly, you wouldn't want to treat your SUVs payload capacity like a truck's anyway because of safety issues. Even though the perception of SUVs is that they're great for carrying cargo and have on-and-off road capabilities, many also view them as potentially dangerous. Because the center of gravity on an SUV is typically much higher than a car's, they're much more likely to roll over, especially once they're overloaded.

Many SUV manufacturers, responding to consumer fears, have developed safer vehicles using electronic stabilizing technologies. Concern over accidents has led to safety legislation, too: Since September 2004, the National Highway Traffic Safety Administration (NHTSA) requires manufacturers to place a label that states the maximum combined weight of all occupants and cargo on the doorjambs of all vehicles with a GVWR of less than 10,000 pounds (4,536 kilograms) [source: Kurczewski].

So what if you need to haul something particularly heavy? Can you increase your payload capacity? On the next page, we'll find out. 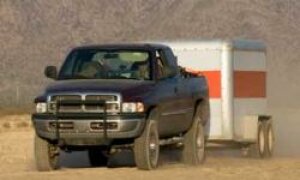 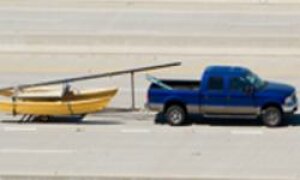