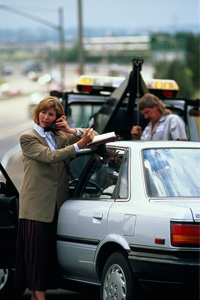 This woman was distracted by her curiosity regarding the most commonly towed item in the world.
David Tejada/Stone/Getty Images

On a long road trip, it can be easy for your mind to wander. When the audio book isn't holding ­your attention, when the radio seems to have played the same song 10 times and when there are miles to go before the next rest stop, you start to ponder the mysteries of life. You might feel chained down to a humdrum suburban life when you see a motorcyclist with his hair blowing free in the wind. You could wonder if you'll ever have children and settle down as you pass minivan after minivan of families. And as you begin to pass vehicles towing loads behind them, you become consumed with the kind of question that only hits when you're tired from the road: What is the most commonly towed item in the world?

There's a long line of vehicles towing boats and Jet Skis queuing for that exit to the lake -- could the most commonly towed item be aquatic equipment? But what about the many vehicles pulling RVs behind them on the way to national parks and remote campsites? And after spending 20 miles stuck behind a trailer pulling horses, you feel compelled to keep modern-day Noahs and the animals they tow in the running. You think you might go insane if you don't find out the answer to this question, and since there's no record of all the items towed in the world, the loony bin does indeed seem to loom large in your future.

But fear not, delirious driver. Pull over for a pit stop, and we'll tell you all about the most commonly towed item in the world. Here's a hint: You were sitting in it all along. 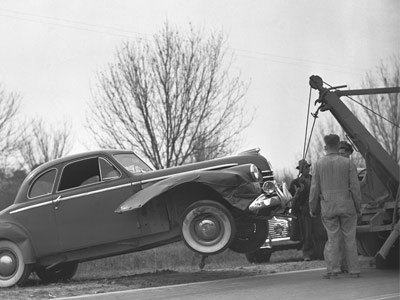