5 Signs That You Need Your Brakes Checked

by Michael Franco
Prev NEXT
5 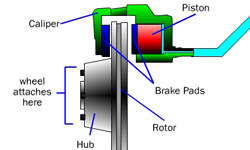 Parts of a disc brake
© 2000 HowStuffWorks

First, a few words on how your brakes work.

Most cars use what are known as disc brakes. These function in much the same way as brakes on a ten-speed bicycle. A hydraulic system filled with brake fluid triggers a set of padded clamps known as calipers, causing them to squeeze together on a disc known as the rotor. The friction that occurs between the pads and rotor eventually stops the car.

Over time, as you can imagine, the pads will begin to wear thin, which means they'll become less effective at slowing and stopping your car.

Fortunately, checking the thickness of your brake pads -- those that squeeze down on the calipers -- is a straightforward procedure. All you need to do is look between the spokes of your wheel to spot the shiny metal rotor inside. When you find it, look around the outer edge where you'll see the metal caliper. Between the caliper and rotor, you'll see the pad. You'll have to estimate, but generally, your pads should be at least one-quarter of an inch thick. If they're any thinner than that, it's a good idea to get them changed.

If your car wheel isn't designed in such a way that you can see through the spokes, you'll have to remove the tire to see the rotor and pads. In either case, while you're looking, it's also a good idea to inspect the rotor itself. It should be relatively smooth. If you see any deep grooves or pits, it might also be time to replace that, as well. 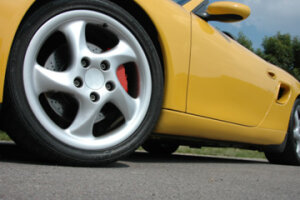 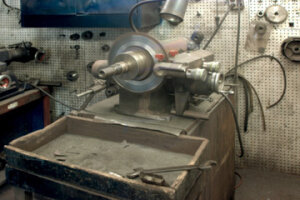 Do you need a brake lathe? 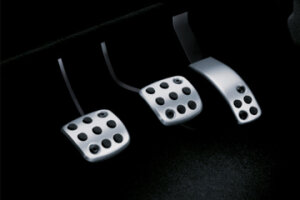 Is it bad if your brake pedal goes to the floor?