Browse the article Are hybrid cars more expensive to insure? 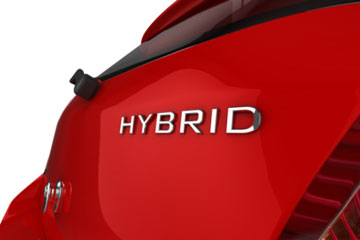 In 1999, the two-door Honda Insight was the first hybrid automobile to hit the American market. Since then, the Toyota Prius has become the most popular hybrid in the United States, with 139,000 models sold in 2009 [source: Toyota]. What was the overall best-selling vehicle that year? The gas-guzzling Ford F-Series pickup, which sold a whopping 413,000 models [source: Lassa]. Compare these figures to those in Japan, where Toyota sold over 208,000 Prius cars, making it the country's top seller [source: USA Today].

So, what's behind the American hesitancy to go hybrid? Part of it is simply resistance to change. In the United States, large cars with big engines have dominated the market for a century. American consumers also often express concern about the safety and reliability of hybrids, and wonder if the improved fuel economy is worth the high cost of the vehicle. This article addresses a related but less common question: Are hybrid cars more expensive to insure than conventional automobiles?

The short answer to this question is that, yes, hybrid cars are more expensive to insure than the average automobile. In 2009, the Web site Insure.com found that of the top 20 best-selling vehicles in the United States, the Toyota Prius had the seventh highest average insurance premium. For a single male driver, age 40, who owns his own home and car, holds a bachelor's degree, and has no accidents or driving convictions, the average premium was $1,396 for the Prius, compared to $1,216 for the Honda Odyssey, the most cheaply-insured vehicle on the list [source: Insure.com]. Interestingly, though, the reasons for these higher premiums have very little to do with the specific fact that the Prius is a hybrid and more to do with the general characteristics of smaller and more expensive cars. Read on to explore the fact and fiction of insuring your hybrid car.

First, let's address some rumors about insuring hybrid cars. One of the main concerns people have about hybrids is that they're less safe than other cars because of the lightweight materials from which they're constructed. Some fear that this gas-saving measure could potentially lead to more injuries and greater damage to the car, thus increasing insurance premiums.

The truth is that hybrids are no less fragile than other small cars. A 2008 bumper test done by the Insurance Institute for Highway Safety (IIHS), meant to simulate low-speed parking lot collisions, found that the total repair cost of four bumper tests (full front, front corner, full rear and rear corner) was $9,070 for the Toyota Prius. Compare this to the non-hybrid Hyundai Elantra and Volkswagen Rabbit, which had repair bills of $8,976 and $9,511, respectively. Admittedly, this is far more than the $3,031 it cost to fix the Ford Focus, but the point is that a fragile bumper is not a problem limited to hybrids [source: Welsh].

Hybrids also perform as well as or better than other cars in high-speed crashes. The 2010 Toyota Prius, Ford Escape Hybrid, Mercury Mariner Hybrid, and Mazda Tribute Hybrid all received the IIHS Top Safety Pick Award. This means that they earned top scores in the front- and side-crash tests and the whiplash protection tests. Each of these vehicles also features electronic stability control, which helps drivers maintain control during abrupt maneuvers and has been known to reduce the incidence of fatal crashes by one-third. Such high safety ratings on these vehicles suggest that there's nothing inherently dangerous about hybrids.

The data are clear: Hybrids typically cost more to insure than the average automobile. For the most part, however, this isn't because of any characteristic unique to hybrids. Higher insurance premiums are generally a result of qualities common among smaller and more expensive cars.

Smaller cars are generally more expensive to insure for two reasons: their size and the tendencies of their drivers. Given the number of 18-wheelers, large trucks and SUVs on today's highways, smaller cars can be hard to see, increasing their chances of having a wreck. People who are trying to save money on long daily commutes also drive small cars, meaning they're on the road more and therefore at greater risk of an accident. Add the fragile materials typically used for the body construction of small cars, and the result is often higher premiums.

Another factor that increases the expense of hybrid car insurance is the cost of the car itself. Hybrids are loaded with the latest technology, a quality that not only boosts its fuel economy, but also its sticker price. A 2010 Toyota Prius can cost anywhere from $22,000 to $27,270 -- much more than comparable gasoline-only cars [source: CNNMoney].

A hybrid's modern components also make it more expensive to repair. Simple maintenance, like oil changes, brake pad replacement and tire rotation, can be done at any repair shop, but more advanced problems will usually have to be fixed by a trained mechanic at the dealer. Luckily, hybrid-specific components typically have very long warranties. The batteries, for example, which can cost $2,000 to $3,000 plus labor to replace, are covered by a 100,000- to 150,000-mile warranty, depending on what state you live in [source: Naughton]. The bottom line is that whether your car cost a lot because of leather seats and a sunroof or a hybrid drive train, any car with more expensive features is going to cost more to insure.