Browse the article Is an all-electric car a bad investment? 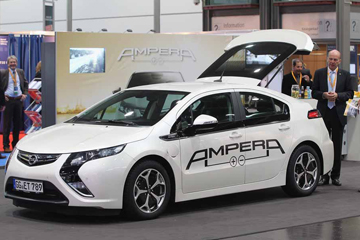 Visitors look at the Opel Ampera gasoline and electric car in Leipzig, Germany. In the USA the car is sold under the brand Chevy Volt. Want to learn more? Check out these electric car pictures!
Sean Gallup/Getty Images

Are electrics lemons, as some news outlets and media pundits seem to suggest?

After all, electric cars and their manufacturers have had lots of bad press to contend with lately. Rosy sales predictions haven't come to pass, despite chronically high gasoline prices. Some darlings of the electric vehicle industry, like automaker Fisker and battery maker A123, have slammed into the wall of major financial problems. A few high-profile fires involving electric vehicles have called their safety into question.

Gasoline-electric hybrids, by contrast, seem to be doing fairly well, with 2012 sales of more than 355,000 through October (compared to 266,000 for all of 2011) [source: Electric Drive Transportation Association]. The Toyota Prius, which practically invented the hybrid category in 1997, had risen to the spot of the world's third best-selling car by early 2011 (this included all four variants in the Prius "family") [source: Ohnsman and Hagiwara].

So a reasonable person looking at all this glum news about "pure" battery-electric vehicles (BEVs) might ask, is an all-electric car a bad investment?

If you plunked down the extra money for one, would you regret it? Are automakers pursuing a boondoggle technology? Or are BEVs still too new to the market for anyone to make an accurate pronouncement?

To answer these questions properly, first we need to define what we mean by "investment." With very few exceptions, no single car meets the strict financial definition of an investment -- a purchase that provides the owner with income and appreciates in value over time. Most cars burn money (fuel, maintenance and insurance) and plummet in value as soon as they're driven off the dealer lot.

So we need some more precise criteria. For instance, does the car meet your requirements for performance, reliability, affordability, aesthetics and safety? Can it do so for a long enough period that you feel you got your money's worth by the time you get rid of it? Will your fuel cost savings equal or exceed the premium purchase price of an electric within a reasonable time frame? Are there important emotional reasons you're buying the car, such as proclaiming your financial success or displaying your concern for the environment? How much is that worth to you?

With parameters like those, it will be easier to figure out if an electric car, such as a plug-in model powered solely by batteries, makes sense for you. Then what about the bigger picture? Are all-electric cars a smart investment of resources for automakers ... and the governments that sometimes subsidize them?

The responses you can expect to these questions depend in large part on whom you consult. The conservative-leaning Detroit News carried the headline "Electric car market is badly in need of a charge" and dourly proclaimed, "the electric vehicle industry is in serious trouble," in an October article. Yet other sources reported that 2012 has been the best year to date for sales of all electrified car types, including hybrids and BEVs. By late 2012, cars with any electric propulsion (including hybrids and BEVs) made up 394,000, or 3.3 percent of all new U.S. auto sales. That might not sound like much until you consider that in the previous year, they were only 2.2 percent of all car sales. Furthermore, the level of BEV sales appears to be growing, if slowly: Through October in 2011, 8,075 BEVs had been sold. For the same 10-month period in 2012, 9,336 had been sold [sources: Shepardson, Voelcker and EDTA].

General Motors' Chevy Volt "extended range" electric in 2011 earned the highest customer satisfaction rating of any vehicle and sales surged in late 2012 due in part to attractive lease deals from GM [source: Ohnsman]. Tesla's Model S electric sedan ran away with 2013 vehicle of the year honors from both Motor Trend and Automobile magazines.

Meanwhile, there have been isolated but highly publicized reports of customer complaints with other electrics on the market. Nissan Leaf owners in Arizona accepted refunds after they said their cars' batteries lost their charge too quickly. (Nissan said the customers exceeded the recommended limits for driving the cars in hot climates.) If anything, this points out what electric vehicle advocates have said all along -- electric cars aren't for everybody.

All-electric vehicles have hit other bumps in the road, too, as they attempt to gain wider acceptance in the car marketplace.

What about the reports of fires? Are electric vehicles more dangerous?

Some news outlets pounced on the Chevy Volt when one caught on fire after a government test in 2011. Turns out the fire erupted three weeks after the Volt was flipped on its back as part of the test. Volt supporters fired back at critics that three weeks should be plenty of time to escape a crashed vehicle.

Fisker Automotive, maker of the slinky Karma sports car, issued a recall after a car in Woodside, Calif., was caught on video burning in a parking lot. The Karma's lithium ion battery was found not to be at fault, but rather a faulty cooling fan unit. In a separate, earlier recall, hundreds of purchased Karmas had to be fixed because of a battery design flaw that could potentially lead to a fire [source: Edelstein].

During "superstorm" Sandy (which devastated parts of the northeast United States in October 2012), Fisker and many other manufacturers lost thousands of cars parked at the Port Newark shipping docks in New Jersey. Salt water is notorious for corroding electrical connections, as it no doubt did on many of the hurricane-flooded vehicles at the port. In one of the parked Fisker Karmas' computers, corrosion led to a short-circuit, which developed into a fire. High winds blew the flames onto a total of 15 other Fisker Karmas (please, the "bad karma" joke has been played out). Call it misfortune or perhaps even flawed wiring design, but the incident appeared not to be inherent to the car's lithium ion battery.

Fires in electric cars make big news, and in practically every documented case the cause turns out to be unrelated to their electric propulsion method. Meanwhile, there is approximately 1 vehicle fire every 2 minutes in the United States involving a conventional motorcycle, passenger car, SUV or truck. That adds up to more than a quarter-million vehicle fires per year that result in about 480 deaths annually. Manufacturers are constantly issuing recalls on petroleum-powered vehicles for defects that could cause fires. They don't make big headlines though because they're so routine [sources: National Fire Protection Association and Newman].

The National Highway Traffic Safety Administration concluded its investigation into the Volt's safety by stating, "Based on the available data, NHTSA does not believe that Chevy Volts or other electric vehicles pose a greater risk of fire than gasoline-powered vehicles" [source: NHTSA].

Are all-electric cars a waste of money and time? 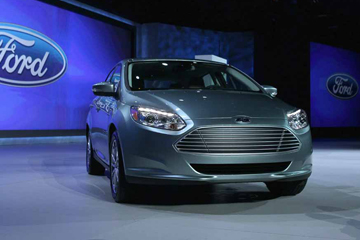 So, what about the car companies and the federal government that fund research and development of electric vehicles and batteries? Is it all just a waste of time and money?

During the 2012 presidential debates, Republican candidate Mitt Romney called out electric car makers Tesla Motors and Fisker Automotive as business "losers" receiving government backing for renewable energy development. Electric battery maker A123 Systems, recipient of $132 million in federal government grants under the Obama administration and $6 million under the George W. Bush presidency, declared bankruptcy in October 2012. It appeared at the time of this writing that auto parts maker Johnson Controls would purchase the automotive business of A123, preserving the considerable work the company has made to make batteries cheaper and more powerful. If completed, the sale would also ensure access to state-of-the-art batteries for U.S. automakers that produce electric vehicles.

Electric cars are meant to solve specific problems -- some short term and some that are longer-term in nature. In the short run, they help solve the problem of using gasoline and having to depend on other countries for oil that makes gasoline. The way business works is that whoever solves customer problems most effectively at a reasonable price succeeds. New solutions that improve on the old ones are collectively called innovation. The cycle of innovation causes new industries to be born, obsolete industries to die, and innovative countries to rise in influence while others fade into irrelevance.

So whether you believe that research funding should come from the taxpayers, industry alone, or both, the fact is, other countries badly want to lead the race on electric vehicle technology. They see it as one of the pathways to prosperity and power as this century unfolds.

To answer our original question then, an all-electric car could for one person be an ill-advised purchase. At the same time, it could be for someone else one of the most satisfying and logical buys she ever makes. It depends on the buyer's transportation needs, not to mention tolerance for risk. For instance, GM and Nissan will likely be around several years from now to honor any potential claims. Lesser-established manufacturers might or might not be -- ever since there were car companies, there have been car company failures.

In the long run, electric cars seem to be on the path of many previous "disruptive technologies": shaky, pricey and not very impressive at first; but as they become more capable, adoption expands until it seems everybody has one. It's a well-established pattern that's played out with technologies ranging from video players to cellular telephones to personal computing [source: Innosight]. Will all-electric cars be worth the investment by companies (and taxpayers)? Placing such big technology bets is certainly risky, not to mention expensive. But no one wants to be the automotive equivalent of the next "buggy whip maker" or "typewriter manufacturer," when and if fully electric vehicles become the next big thing.

Author's Note: Is an all-electric car a bad investment?

After you crunch all the relevant numbers, the purchase or non-purchase of an all-electric car will be a highly personal one. From what I gather, much of the enthusiasm for electrics (OK, let's just call it "hype") needs to be tempered with a bit more patience -- newer technologies are going to experience setbacks. They'll require an education curve before potential adopters embrace them in large numbers. Likewise, a good amount of the naysaying about electrics is mere sensationalism or uninformed punditry.

In writing this article, I looked to the not-so-distant past for guidance. If you want a really good picture of how BEVs might play out in the marketplace, look no further than the Toyota Prius. The first-generation Prius was by most accounts underpowered and awkward to behold. When it came to the United States in 2000, sales were sluggish. As Toyota revamped, refined and repositioned the Prius, it began to carve out its own category and dominate it. Critics of hybrid gasoline-electric technology went from outright dismissal to opposition, to finally, a grudging respect. I think going completely electric is the next logical step from hybrids like the Prius. Will all-electric cars be the ultimate heirs to the internal combustion engine? Nothing's a sure thing until it's done, but I think it would be shortsighted (and foolish, really) to bet against the long-term success of the all-electric vehicle.