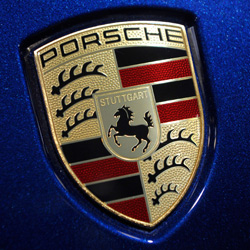 "Hey, James Clash, remember that time you drove the Ruf Yellowbird to a record-setting speed on the autobahn?"

"Yes, Alois Ruf, I remember. It was a few minutes ago. Also, it was mentioned earlier in this top 10 list."

"How would you like to do it in another of our cars? One that maybe goes...faster?"

The above is the imagined conversation that happened right after that run in the Yellowbird in 2003, because Clash hopped into a Ruf R Turbo, which has 50 more horsepower than the CTR, and hit 208.7 miles per hour (335.87 kilometers per hour). Keep in mind, this was Clash's workday. It wasn't some midnight run; it was daytime on an open, public road, with traffic and construction and people just trying to get to their boring jobs as anything but automotive journalists hanging out with one of the premier super car tuners in the world.