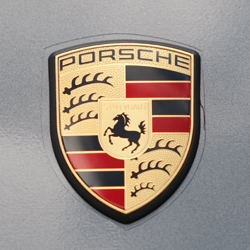 What did you do at work today? File something? Maybe make a phone call? Have a team meeting in the conference room, which for some reason always smells like onions? Well, automotive journalist James M. Clash's spent a workday taking the Ruf CTR Yellowbird for a jaunt on the autobahn. Not quite a PowerPoint presentation, is it?

Ruf Automobile is a German car company that, in addition to building its own sports cars, takes the skin and chassis from Porsches and builds nearly unrivaled supercars using its own blend of automotive performance parts. The CTR, which is better known as the Yellowbird, is based on a 1987 Porsche 911.

In 2003, Clash was invited by Alois Ruf, the owner of Ruf Automobile, to take the Yellowbird on an autobahn speed run. On the A81, a section of autobahn that runs between Würzburg and Heilbronn, Clash got the Yellowbird up to 201.3 miles per hour (323.96 kilometers per hour). He described the experience as nerve-wracking, but such a run is truly a once-in-a-lifetime experience -- unless you're automotive journalist James Clash.