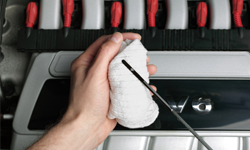 Image Gallery: Engines Routine maintenance is critical, but did you know your driving habits have a direct effect on the lifespan of your vehicle, too? See more pictures of engines.
© iStockphoto.com/Brian Jackson

The current economic climate has been tough for many of us. People are looking for good ways to stretch their dollar and cut back on spending. This extends to the cars we drive, too. It makes a lot more sense for us to keep our current vehicles running in good condition than to be forced to go out and buy a new one.

Most of us know that performing routine maintenance like oil changes and transmission services prevent mechanical failures in the long run and promote the car's overall health. But did you know that your driving habits also have a direct effect on the lifespan of your vehicle? The way you drive in different conditions can affect your engine's fuel economy as well as its lifespan.

Since a new engine can easily cost several thousand dollars, taking care of the one you've got will certainly pay off in the long run.

In this article, we'll take a look at five easy ways to modify your driving habits in order to make sure your engine will last a long time. Many of the tips we'll discuss are low-impact in terms of how they affect your daily commute, but go a long way to save you money.

Be Gentle During the Break-in Period 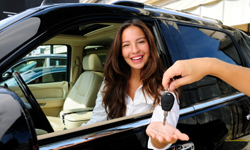 It's important to take it easy on your new car's engine.
© iStockphoto.com/mangostock

Owning a new car is an exciting experience. After going through the often challenging process of buying one, it's only natural to want to enjoy it by seeing what it can do out on the highway. But it's important to take it easy on a newly manufactured engine -- initially, at least.

The "break-in period" usually refers to car's first 1,000 miles (1,609 kilometers). During this time, it's important to keep the throttle in the lower RPM range, but also to vary your driving speed from time to time. You don't want to be sticking to one particular speed or gear; you want to utilize the entire range of your car's performance.

Why is this? New engines have new parts that need to get accustomed to their role in your car's engine -- the piston rings in particular. These rings need to shape themselves to the cylinders in your engine, and it takes time and careful driving for that to happen properly. If the rings aren't seated correctly, the car may continue to burn oil down the line.

Next, learn how to properly treat your engine on cold days.

Let Your Car Warm Up Properly on Cold Days 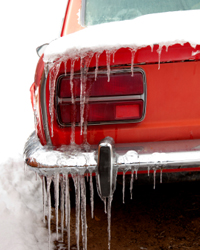 Cold weather is tough on a car's engine.
© iStockphoto.com/JasonDoiy

If you were about to go jogging on a 30-degree day, you would probably stretch first, right? So why drive your car on a cold day without letting it warm up first?

Cold weather is tough on a car's engine. It takes more energy to start an engine when it's frosty out because the battery carries a lower charge. The oil is cold and thick, which makes it harder for the moving parts to operate. In addition, gasoline is harder to burn when it's cold.

So what should we do when it's cold outside? Most of us probably will sit there and let the engine idle in the garage or parking spot until the engine temperature gauge moves out of the "cold" range. However, this isn't necessarily a good idea.

Letting the car idle actually warms the engine at a slow pace, because the engine isn't really doing much. Also, cold engines emit more hydrocarbon pollution than your catalytic converter (the device which helps clean tailpipe emissions) can handle. Letting the car idle with more hydrocarbons coming out can plug up the catalytic converter and make it cease to function properly, causing poor mileage and dirty emissions [source: Mother Earth News].

Your best bet is to turn your engine on, wait about 30 seconds to a minute (at most), and then gently drive the car until it warms up without working it too hard. If the temperature is below zero, five minutes (at most) may be in order.

Another good weather tip is to avoid running your car too hard on extremely cold or hot days.

Next, we'll look at the effects speed has on your motor. 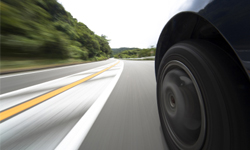 Keeping your speed as low as possible is a great way to cut back on wear and tear on your engine.
© iStockphoto.com/plusphoto

Unleashing your inner Michael Schumacher on public roads is bad for many reasons. Driving too fast wastes gas, increases emissions, and of course, puts you at the risk of getting ticketed or being involved in a wreck.

But did you know excessive speed is also bad for your engine? It forces your engine work harder by pumping and using more fuel, and forces the pistons and other moving parts to work at a higher speed than is optimal.

Granted, 55 miles per hour (88.5 kilometers per hour) will put you far below the speeds driven by most motorists America's highways. Some states now have 80-mile per hour (128.7-kilometer per hour) speed limits on certain highways. But keeping your speed as low as possible while maintaining a safe velocity is a great way to cut back on wear and tear on your engine.

Next, we'll discuss proper gear shifting and how that impacts your car's engine. 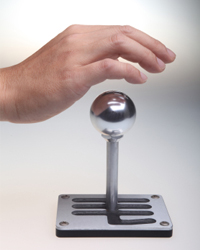 It's important to be in the correct gear.
© iStockphoto.com/Wenhua Kao

This tip is more aimed at drivers of cars with manual transmissions. If you have an automatic transmission, shifting will take care of itself -- but it's still important to have your car in the right gear.

These tips can also apply to newer transmissions that allow a driver to select gears electronically, like with a "tiptronic" or dual-clutch transmissions.

It's important to be in the correct gear when you're driving. If you have manual transmission, you will likely have noticed that driving in too high a gear for your speed and RPM range causes the car to shake and move slowly, commonly known as "lugging." Lugging creates an unnecessary strain on the engine and can damage your cylinder heads, leading to expensive repairs later on.

In addition, it's a good idea to avoid excessive engine braking. Engine braking is when you're driving in a higher gear, then downshift to a lower gear and take your foot off the gas pedal. This causes the RPMs to increase and the car to slow down without using the brakes.

While it's effective in slowing down the car, and can make going around corners easier, engine braking can produce excessive wear on your engine. It's probably better to use the brakes when you need to slow down, and then shift to a lower gear when you're at the appropriate speed. This also puts less stress on your clutch and transmission parts, too.

Our final tip is up next: Why it's not a good idea to drive with heavy loads. 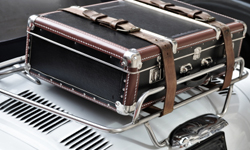 Cutting back on the amount of weight you're carrying reduces the load on the engine.
© iStockphoto.com/Andreja Donko

Vehicles like heavy-duty pickup trucks typically pack big, powerful engines with a lot of torque. This is because they're designed to tow and haul things many times their own size and weight.

But smaller cars and smaller engines have a hard time towing big objects. They may not possess the torque and power necessary to properly move trailers, boats or other vehicles.

Like many of the items we've previously discussed, towing big objects creates an extra strain on the engine, and that strain can damage parts and result in reduced engine life. Towing across hills and tough roads can also cut big slices off your engine's life.

If you're concerned about what you can tow and what you can't, always consult your owners' manual. If you need to do some towing, make sure you have a vehicle than can handle the task at hand properly.

Besides towing, cutting back on the amount of weight you're carrying reduces the load on the engine. It also helps you get better gas mileage. In other words, try not to drive around with lots of boxes or heavy equipment in your car.

If you follow these steps and make a concerted effort to take care of your motor, you may save yourself a lot of money someday. You may even see other benefits too, like improved fuel economy and less wear on other car parts, like the transmission and brakes.

For more information about prolonging the life of your car's engine and other related topics, follow the links on the next page.