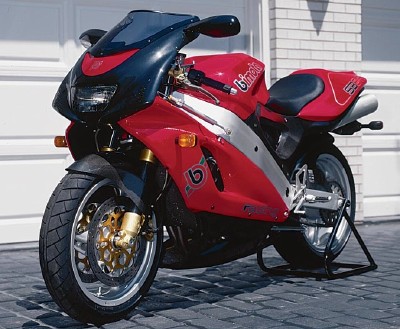 Before the 1998 Bimota SB6 R motorcycle came along, one of the Italian manufacturer's strongest sellers was the SB6, powered by a Suzuki GSXR1100 four-cylinder engine. (In Bimota-speak, the first letter of the model designation is the first initial of the engine supplier.)

But as the decade drew to a close, the venerable SB6 evolved into the even higher-tech Bimota SB6 R. Introduced in 1998, the bike shown above is the first SB6 R off the production line.

Joining the exotic aluminum frame in the battle against unwanted weight are numerous carbon-fiber components, including the fenders and several pieces of non-structural bodywork.

Still, the Bimota only weighs about 20-30 pounds less than a comparable Suzuki -- and costs well over twice as much. But exclusivity doesn't come without cost.

To see more pictures of the 1992 Bimota SB6 R motorcycle, go to the next page. 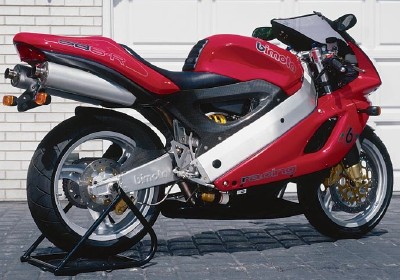 The SB6 R -- a sportbike of extraordinary capabilities.