It's one of the most talked-about cars of the last quarter-century -- and one of the most exciting, too. Consider what it's been called: a "Cobra for the '90s," the "process blueprint" for every Chrysler Corporation car that follows it, a beast, "retro," a stunning achievement, the kind of car you weren't supposed to be able to build anymore, a symbol of Detroit's resurgence against the Japanese onslaught -- and a surefire future collector's item. It's the Dodge Viper RT/10, and this is its story. 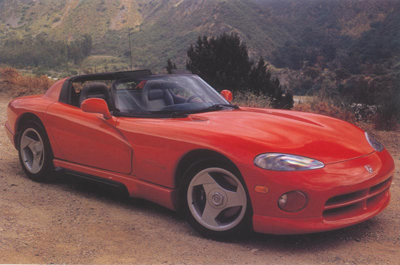 The Viper is more than just a burly, limited-production, "back-to-basics" high-performance sports car. It is unquestionably one of those memorable machines that comes along but once in a generation. And it's just as much a bold experiment, pioneering not only several new technologies but a new approach for Chrysler in bringing cars to market, one that bodes well for the company's future. 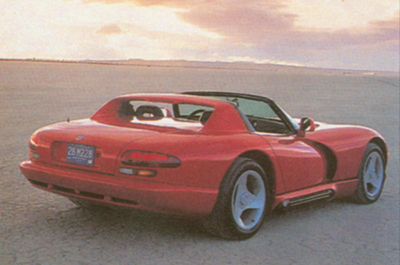 Chrysler LLC
Viper is 3.4 inches shorter than a Corvette, but it's 2.6 wider than the Chevy!

That approach, which Chrysler calls a "platform team," isn't a new idea, just a very logical one. And it works splendidly. The Viper sped from auto-show concept to showroom reality at the hyperlight velocity usually associated with Japanese products: a mere three years. And that's significant. If anyone continues to doubt that American automakers can still react to market demands as swiftly and correctly as foreign competitors, the Viper erases those thoughts conclusively.