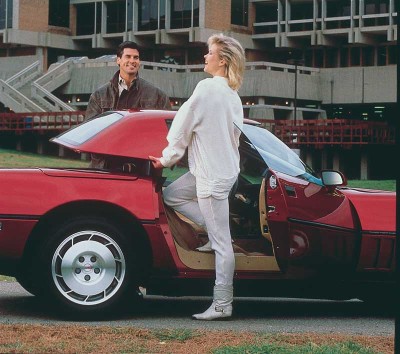 Closing out the decade, the previously optional Z52 package was made standard for the 1989 Corvette, with all models now including its fast-ratio steering, 17-inch wheels and tires (the 16-inch wheels were dropped entirely), Delco/Bilstein gas-charged shocks, and fortified front-end structure. The heavy-duty engine oil cooler, heavy-duty radiator, and auxiliary radiator fan were also now included on cars equipped with the six-speed gearbox. Also new for 1989 was an optional tire-pressure monitoring system (actually it was delayed from '87) that could detect a drop of as little as one psi below the preset limit via a pressure sensor within each wheel; the sensor was combined with a small radio transmitter that in turn activated a dashboard light. Also, the new Multec fuel injectors designed for the coming LT5 ZR-1 powerplant were applied to an otherwise unchanged L98 engine.

The six-speed manual transmission that was new for 1989 -- and available as a no-cost option -- was designed jointly by Chevrolet and Germany's ZF (Zandfabrik Friedrichshafen). A computer-aided gear-selection system automatically forced the driver to bypass second and third gears and lock out fifth and sixth gears under low-throttle conditions. This feature was designed to help improve fuel economy, and, once again, keep the car from attaining gas guzzler status. Annoying to most testers, the transmission's lock-out function could easily be defeated by "clipping a single red wire," according to Chevy engineers.


Inside, both the standard cloth seats and the extra-cost leather-covered sport versions had been restyled; the latter were restricted to cars with the Z51 option. Overhead, a bolt-on hardtop was newly available. Made of fiberglass-reinforced polyester resin over rigid urethane, it was molded around a steel/aluminum "cage" and coated with polyurethane inside and out. A cloth headliner and window weather-stripping were included, as well as an electrically heated rear window (which plugged into a special rear-deck socket). On soft-top models, the convertible mechanism was simplified for easier operation.


Nineteen eighty-nine would be the last year for the SCCA's Corvette Challenge, and Chevy would build 60 cars for the series. Thirty of them would have their stock engines swapped with higher-output motors from the CPC engine plant in Flint, Michigan.

The 1989 Corvette featured performance upgrades including 17-inch tires and computer-aided gear selection, as well as cosmetic improvements including restyled seats and a removable hardtop option for the convertible. Here are the specifications for the 1989 Corvette: 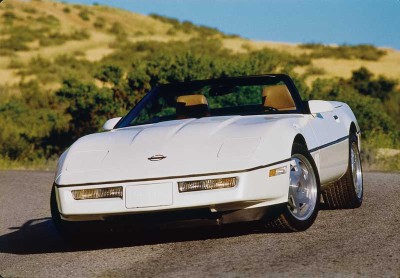