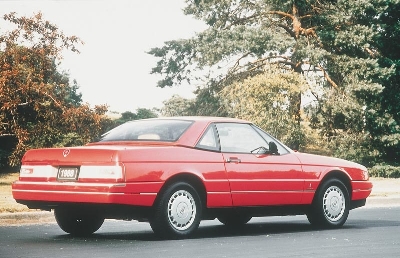 To commemorate its birth, Cadillac published a limited-edition coffee-table book, Allante: The New Spirit of Cadillac, with text in four languages. “From the company that became the ‘Standard of the World,’” it began, “now comes a car unlike any Cadillac that has gone before. A luxury roadster in the tradition of the great European road cars."

"It was very prominently used and displayed on the show for a long period of time, and we kept replacing them when they needed new ones," Grettenberger said. "I think it did a lot of good for Cadillac to have Allante on the Dallas show and others like it.”

Media reaction was generally positive despite skepticism about the Allante’s Mercedes-like price and its ambitious volume goal in a market that had absorbed fewer than 3800 Jaguar XJ-Ss and 2600 Porsche 928s the previous year.

Still, Automobile mag­azine proclaimed Allante’s debut “a significant event, probably a milestone, in modern American automotive history. It represents a refreshing attitude, a renewed willingness to specialize and to appeal to a narrow slice of the buying public.”

The start of the end began in 1988. Visit the following page to see how the Allante panned out.