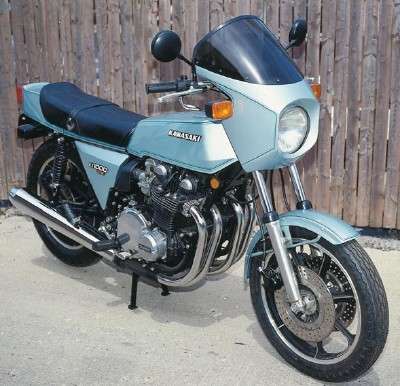 The 1978 Kawasaki Z1-R shown here was very fast and had an even quicker turbocharged companion in the Z1-R TC. See more motorcycle pictures.

Kawasaki's 900-cc four-cylinder Z-1 of 1973 set new standards for motorcycle performance, yet company officials were soon discussing the idea of building a "special" version of the successful model.

Since the café-racer look was in vogue at the time, the decision was made to create Kawasaki's own variation.

Using existing blueprints for the soon-to-be-released Kawasaki KZ1000, the 1978 Kawasaki Z1-R motorcycle was intended to be little more than a styling exercise.

The fuel tank was drawn up using flat, angular lines that were mimicked by the triangular side panels and sharply creased front fender. The fiberglass fairing followed suit, and all the bodywork was sprayed with specially blended Ice Blue metallic paint that was used only on the 1978 Kawasaki Z1-R motorcycle.

The frame was the same as the original Z-1 of 1973, but several improvements were made to complement the exclusive nature of the R model.

Extensive use of fiberglass for the body components helped reduce weight, and combined with the free-breathing nature of the engine, allowed the 1978 Kawasaki Z1-R motorcycle to become the first stock street bike to record sub-12-second runs in the standing-start quarter-mile. Styling exercise indeed.

For those still not satisfied, however, there was an aftermarket turbocharger kit for the bike. Often dealer installed, an example so equipped was known as a Kawasaki Z1-R TC.

The turbo raised power to a phenomenal level for the time and likely influenced factory-built turbocharged models from other Japanese companies, and eventually Kawasaki itself. 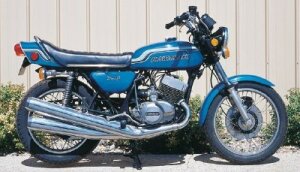 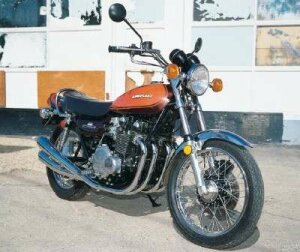 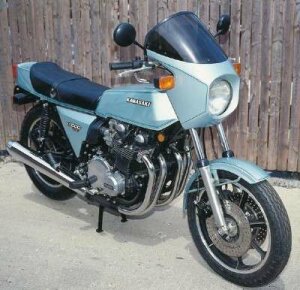