The 1975-1979 Chrysler Cordoba Grand Coupe had its beginnings amid high gas prices in a company at the verge of bankruptcy.

Nobody bats a thousand, but Chrysler Corporation has had more than its share of wrong cars at wrong times. Perhaps the two best known examples are the advanced but awkward Depression-era Airflow and the ill-timed 1962 Dodge and Plymouth intermediates that failed to pass as "full-size" cars.

But there was also 1974, when fully redesigned big Chryslers, Dodges, and Plymouths ran smack into an unprecedented national gasoline shortage. While that winter's OPEC (Organization of Petroleum Exporting Countries) oil embargo hurt big-car sales throughout Detroit, the Chrysler brand was hit harder than most, dropping more than 50 percent for the model year from a fairly healthy 1973 total of nearly a quarter-million units.

Chrysler Corporation goofed plenty more in the 1970s, enough to be knocking at bankruptcy's door by 1980 -- which only makes the Cordoba seem a surprisingly good stroke. Indeed, had it not been for the high early success of this one luxury coupe, Chrysler might have gone to the brink even earlier.

For more on the first model year of the Cordoba, 1975, continue on to the next page. 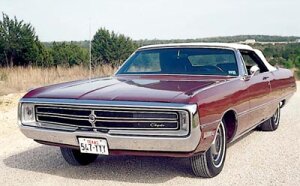 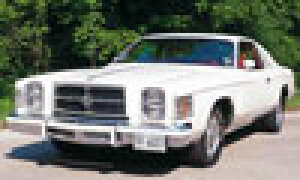