The Formation of General Vehicle, Incorporated 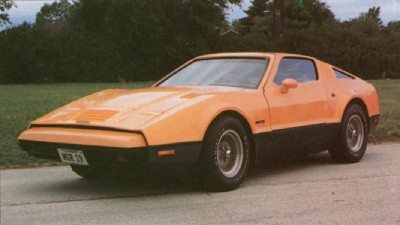 The 1974 Bricklin differed from the 1975 mainly by virtue of its AMC 360-cubic-inch V-8 and Chrysler-built automatic transmission.
PIL

The formation of General Vehicle, Incorporated (GVI), in Scottsdale; Bricklin Motorcars, Limited, the assembly plant of Bricklin Canada, Limited, in St. John, New Brunswick; and the GVI design group in Livonia rounded out the companies Bricklin founded to support his car manufacturing venture.

With one company supporting the work of the next, a virtually guaranteed market was assured for this small network of related entities. Bricklin was by now a firmly established jet-setter trying to keep track of his far-flung empire. But it was now time to rein in the spiraling costs associated with a loosely knit organization top-heavy with management personnel and a payroll gone wild.

Enter Albert Bricklin, Malcolm's father. Although unfamiliar with the automotive manufacturing industry, he was qualified to aid the fledgling firm. With the inclusion of The First Pennsylvania Bank in the finance package, an accounting and complete audit would surely be forthcoming. Controls would have to be instituted to help guarantee a continued infusion of working capital. It would also be necessary to establish a solid relationship with New Brunswick government accountants, whose nervous presence seemed to hover continually over the books and receipts.

This 1974 Bricklin SV-1 is painted Safety Orange and has a tan and green interior.
PIL

There were too many chiefs and not enough Indians, so Albert gave his head honchos a simple directive to write down their past six months' achievements and what they hoped to accomplish in the next six months. By 11:30 a.m. that same day, one director had already resigned, and within a week four more left.

Cost-cutting progress included trimming the fat at every level. The bottomless cup of funding was being siphoned off faster than it could be replenished -- the well was drying up. Creditors were becoming restless and demanding payment for their wares, while some suppliers put Bricklin on COD.

Among the rare Bricklins are the 1974s with the four-speed manual transmission.
PIL

At the production plant, BCL Plant Manager Morey Adams was facing his own problems. Coming out of Chrysler as Production Manager, he was used to a different type of operation. While attempting to orient himself in a new direction with the assistance of Ed Jones, Director of Operations for GVI, Morey was also very conscious of quality control. After all, his incentive pay relied on it. Jones brought with him a wealth of information via his background as Production Manager of Ford of Canada and Head of Quality Control for General Motors in Oshawa, Ontario.