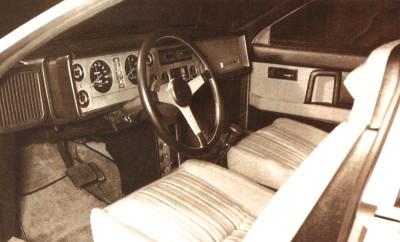 The 1971 NSU Ro80 special body was hardly an advance over the original, with more restricted visibility and only 2+2 seating.
©2007 Publications International, Ltd.

The NSU Ro80 should have been a winner. Instead, it sounded the death knell for NSU Motorenwerke. Advanced engineering typically makes for high manufacturing costs, which in turn means high retail prices. The Ro80 was no exception, and sales suffered accordingly.

Arriving at 18,600 deutsche marks (up to DM 23,000 eight years later), it was pitched squarely in Mercedes and BMW territory. And though it was more modern, it lacked their outright performance, not to mention their prestige, two very important factors for buyers in that class.

The result was almost anticlimactic. Volkswagen took control of NSU in February 1969, merging it with recently acquired Audi (Auto Union) to form a separate new Audi-NSU division. Though its name wasn't removed from that title until 1984, NSU's minicars disappeared soon after the takeover. Shortly before this, NSU's conventionally powered, front-drive K70 was nearing completion, conceived as a smaller, Ro80 running mate and styled along similar lines.

VW saw this as the answer to its own upmarket aspirations, and the K70 made a belated debut under the Wolfsburg banner in 1971. Though we'll never know how it might have fared as a "little" Ro80, it found scant acceptance as a "big VW" and was dropped a few years later.

Somehow, the Ro80 itself soldiered on all the way through March 1977, which is, perhaps, surprising in view of its checkered history. After that, the NSU plant at Neckarsulm was converted for assembly of the new Porsche 924. Total Ro80 production amounted to 47,400 units, a sad epitaph for a car that promised -- and generally delivered -- so much.

Today, the Ro80's forward-thinking design and historical significance have at last been recognized, making this a rapidly rising collectible automobile. Partly because of limited imports, it's always been a scarce commodity in the U.S., yet prices remain quite reasonable and you can still find Ro80s running regularly on the roads of Europe.

Like so many ill-starred cars, this one had lessons to teach. Happily, they haven't been lost. Even while NSU was dying, Mazda of Japan took up the Ro80's cause by building Dr. Wankel's engine under license, eventually working out the bugs and improving it in almost every respect: better economy, longer life, and more power. In the process, Mazda nearly met the same fate as the German company, but it was a much stronger and better-run outfit, and it's bounced back handsomely.

Mazda became the world's most visible Wankel advocate with its swift 1986 RX-7 Turbo. You can thank the Ro80 for those performance enhancements. Little loved in its own time, it deserves a place of honor in ours.