by the Auto Editors of Consumer Guide
Next
The 1965 Rambler Marlin was American Motors' attempt to cash in on the sporty fastback craze of the mid-1960's. Essentially, it was a re-roofed version of the intermediate Rambler Classic, yielding "3+3" seating. Styling, created by Richard A. Teague, was first seen on a handsome 1964 show car, the Tarpon, based on the smaller Rambler American platform (which would have made it a 2+2).

While its sweeping fastback looked good, it did not suit the larger-scale Classic, and was aggravated by that car's nose, which looked too short and stubby in relation. It came out shortly after the Plymouth Barracuda, so comparisons were inevitable. Though the Marlin had a nice optional bucket-seat interior, it lacked the Plymouth's fold-down rear seat.

The Rambler nameplate was removed for the carryover 1966 version, and for 1967 the Marlin was switched to the longer Ambassador chassis, which yielded more pleasing overall proportions. But it was too late -- Marlin never really picked up enough buyer support to warrant continuing it. Besides, AMC had a more attractive sporty car ready in the 1968 Javelin.

Pluses of the 1965 Rambler Marlin:

Minuses of the 1965 Rambler Marlin:

Engines for the 1965 Rambler Marlin: 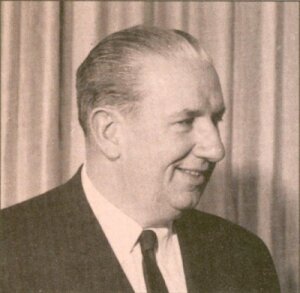