Plymouth's 1965 intermediates wore a facelift of the 1964 editions, carrying many of the styling cues of the upscale Furys.
©2007 Publications International, Ltd.

The 1965-1967 Plymouth Belvedere/Satellite and GTX received an A+ for performance, thanks in part to its Hemi V-8. The cars even made their mark in NASCAR and stock-car racing.

The 1965 Belvedere was a new application of that time-honored Plymouth model name, now applied to a full line of intermediates, distinct from the new full-size Fury also introduced that year.

Dimensionally similar to the smaller 1964 Plymouth, the Belvedere had Fury-like styling. But because muscle-car action centered on intermediates, it received most of Plymouth's performance options.

One of these was the 426 Hemi V-8, replacing the previous 426 wedge as the racer's choice. Offered as an option only on the light Super Stock, the mighty Hemi developed 425 horsepower, 60 more than the wedge version.

It provided terrific performance: 120 mph top speed and 0-60 in eight seconds or less. Not cheap at $4,671 base price, the Super Stock was frankly designed for racing. It looked like a potential champion, but NASCAR disallowed the Hemi Belvedere, and Chrysler withdrew from competition in protest.

Added as the top-line offering in 1965 was the Plymouth Satellite, which came standard with a 273-cid V-8.
©2007 Publications International, Ltd.

A late-season change of heart by NASCAR brought it back, but Plymouth tallied only four wins in the short time remaining.

Nor was the Belvedere Hemi welcome in drag racing. The National Hot Rod Association ruled that Plymouth's Super Stock drag racers were too light, preventing them from running cars with fiberglass hoods and fenders.

See how our story continues for the 1966 models on the next page. 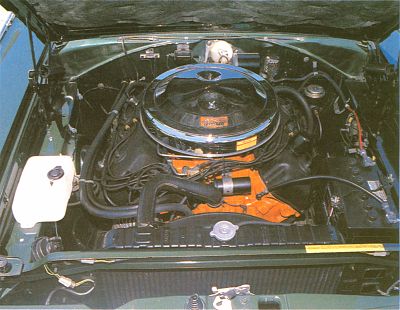 Plymouth's new line of intermediates included the Belvedere I, the Belvedere II, and the Satellite; the GTX would arrive in 1967. Find specifications for the 1965-1967 Plymouth Belvedere/Satellite and GTX below.