Plymouth made the same mistake as sister division Dodge by gambling on much smaller 1962 "standard" cars with offbeat Virgil Exner styling. But where Dodge remained ninth in industry production, Plymouth plunged from fourth to eighth.

Again topping the line was the Sport Fury, which returned from '62 as a convertible and hardtop coupe with standard all-vinyl bucket-seat interior and storming performance potential. Unlike regular Furys, Sports had a standard V-8, a mild 230-horsepower 318. Options ranged from a 265-bhp 361 through three 383s and on to a quartet of newly enlarged 426 big-blocks packing up to 425 bhp with "ram induction."

Plymouth built only 1516 Sport Fury ragtops for '62, so the 3836 delivered for '63 looked like quite a jump. But that's not very many by Detroit standards, one reason you so seldom see one now. 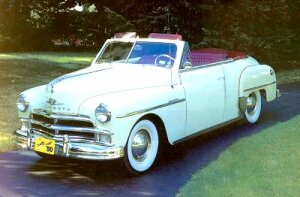 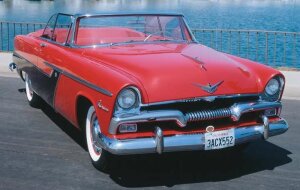