The 1963 Corvette Sting Ray was an instant sensation and a certifiable blockbuster. "Only a man with a heart of stone could withstand temptation like this," the inaugural Sting Ray ad copy read. It would prove to be prophetic. Corvette sales would skyrocket to heights never imagined. The St. Louis factory where the Corvette was assembled would add a second shift, yet still couldn't keep up with demand. Customers were forced to wait up to two months for delivery -- and to pay full retail price for the privilege. Even so, the Sting Ray maintained tradition by offering remarkable sports-car value for the money. Base price was $4,037 for the convertible and $4,257 for the split-window coupe.

What's more, used-car values for previous years' models began heading upward, making this one of the first postwar cars to surpass its original list price on the collectors' market. Today the Sting Ray generation stands as perhaps the most desirable Corvette of all -- the 1963 split-window coupe in particular.

The Sting Ray was lauded in the automotive press almost unanimously for its handling, road adhesion, and sheer explosive power. Car Life bestowed its annual Award for Engineering Excellence on the 1963 Sting Ray. Chevy's small-block V-8 -- the most consistent component of past Corvette performance -- was rated by the buff books to be even better in the Sting Ray. The 1963 was noted to have an edge over past models in both traction and handling because the new independent rear suspension reduced wheelspin compared to the live-axle cars. Testing a four-speed fuelie with 3.70:1 axle, Motor Trend reported 0-30/45/60 mph in 2.9/4.2/5.8 seconds and a 14.5-second standing quarter-mile at 102 mph. The magazine also recorded better than 18 miles per gallon at legal highway speeds and 14.1 mpg overall.

The Sting Ray was a notch above even the best European sports cars with its contoured bucket seats, telescopic steering wheel adjustment, functional instrumentation, and a heating/ventilation system fully able to cope with the greater extremes of the North American climate. True, the steering column adjustment demanded a little wrench work. And yes, the seats were a little low for some, though that was because Duntov wanted them that way for a low center of gravity. But overall, the Sting Ray was the most civilized Corvette ever and one of the most refined sporting cars built anywhere on the planet. Buyers now even had the option of ordering the car with leather upholstery and air conditioning.

Chevrolet's advertising for 1963 made the most of the Corvette's improved accommodations with a pair of ads. One headline offered, "Power brakes, power windows, power steering, air conditioning, automatic transmission ... why do they call this a sports car?" The second reversed the same basic theme with, "Looks like a sports car, feels like a sports car, performs like a sports car, how come it's a luxury car?"

An astounding 21,513 units would be built for the 1963 model year, which was up 50 percent from the record-setting 1962 version. Production was divided almost evenly between the convertible and the new coupe -- 10,919 and 10,594, respectively -- and more than half the convertibles were ordered with the optional lift-off hardtop. Nevertheless, the coupe wouldn't sell as well again throughout the Sting Ray years. In fact, not until 1969 (by which time the coupe came with removable T-tops) did the closed Corvette sell better than the open one.

Equipment installations for 1963 began reflecting the market's demand for more civility in sporting cars. For example, the power brake option went into 15 percent of production, power steering into 12 percent. On the other hand, only 278 buyers specified the $421.80 air conditioning; leather upholstery -- a mere $80.70 -- was ordered on only about 400 cars. The beautiful cast aluminum knock-off wheels, manufactured for Chevy by Kelsey-Hayes, cost $322.80 a set, but few buyers checked off that option. However, almost 18,000 Sting Rays left St. Louis with the four-speed manual gearbox -- better than four out of every five. 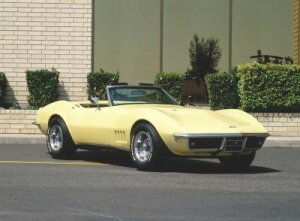 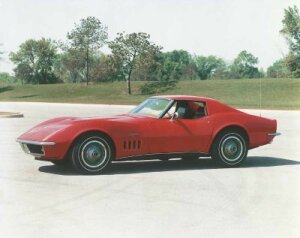