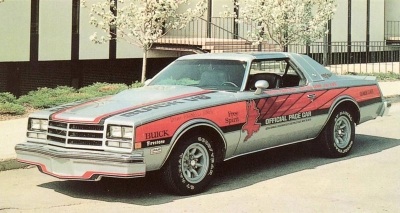 In January 1974, AMC did get back to GM about the Buick V-6. They were willing to sell V-6s, but at a price GM wasn't willing to pay. "We could have put 455 V-8s in every car and still saved money," Studaker says with some exaggeration. It looked like the two auto companies couldn't agree on price, so work on the V-6 was temporarily stopped at Buick. But when GM offered to buy back the tooling, AMC was more amenable, and the deal was completed in February -- barely seven months before the 1975 model year.

The tooling was hauled back to Flint, and jackhammers were used to knock out the concrete that had been poured in the footings at Factory 36. With the tooling reinstalled into its original anchors, Buick's engineers were put on a 150-day crash program to get the V-6 ready for the 1975 model year.

In addition to its more compact size, Buick engineers discovered the V-6 had other advantages over a straight-six, namely cleaner exhaust and better fuel economy. Studaker recalls what Chief Engineer Bowser used to say about the fuel economy, "You don't know where it came from, but you sure like it. I just call it serendipity, a kiss in the dark." Buick's tests indicated that the V-6 was about two mpg better than GM's inline six in city driving, three mpg better on the highway.

Before reentering production, the V-6's displacement was increased slightly from the previous 225 cubic inches to 231 (3800-cc), this so the V-6 could share more parts with the 350-cid V-8 Buick was then producing. The bore grew to 3.80 inches, while the stroke remained at 3.40.

Luckily, the revamped V-6 was also able to use most of the same emissions equipment as the V-8. This not only saved money, but also helped Buick meet the deadline for 1975 production because the smog controls had already been developed and tested. In August 1974, Buick announced that it was ready to build the V-6, just 137 days after the project had been given the green light. Normally, engine development took at least 18 months.

The resurrected V-6, outfitted with a two-barrel carburetor and rated at 110 net horsepower, was offered by Buick for 1975 in the midsize Century and Regal, the compact Skylark (the coupe version of the Apollo sedan, which continued using the Chevy inline six), and the Skyhawk, a 2+2 hatchback cloned from the Vega-based Chevy Monza. Oldsmobile also used the V-6 in its Starfire (a.k.a. Monza/Skyhawk).

A record 133,000 V-6s were produced by Buick that year. For 1976, Buick extended the V-6 to the full-size LeSabre, and Pontiac made it optional for its new Sunbird (another clone of the Monza/Skyhawk/Starfire), and production jumped to 238,300 units. By 1978, every GM division except Cadillac offered the V-6 in cars ranging from subcompact coupes to full-size sedans, and production increased to 342,059.