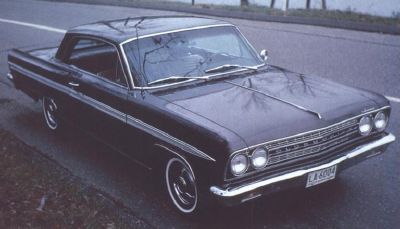 After road testing an Oldsmobile F-85 Jetfire prototype, Car and Driver magazine reported that in terms of top speed and acceleration, "the latest Oldsmobile offers sports-car performance in a deluxe compact car." Testers declared that "the power gain in mid-range torque characteristics is its most striking advance."

This made the Jetfire "a more practical traffic car" than one with a bolt-on supercharger, which was available on the aftermarket in 1962.

Despite the hefty performance increase, Oldsmobile made no significant alterations to the Jetfire's chassis or suspension. Handling, therefore, was no better than in a regular Cutlass. Oldsmobile even used 6.50 × 13 tires, rather than the 15-inchers available on the Buick Special and Pontiac Tempest (though 15s were listed as an option).

Due to effortless power steering, Car and Driver noted, it "takes quite a while to become familiar with the slow response, and precision maneuvers can only be undertaken at low speeds." With coil springs all around, the "suspension is definitely soft," though body roll "was not excessive under any conditions" and the 9.5-inch-diameter drum brakes delivered instant response.

No sound suggested the presence of a blower, as would be the case with a supercharger. "The whole unit is completely silent," Car and Driver observed. "The engine itself is one of the smoothest and least obtrusive medium-sized power plants on the market, even without the turbocharger." Engineers "also succeeded in eliminating vibration, and the entire power and drive train feels very well balanced."

With Hydra-Matic, this early Jetfire accelerated to 30 mph in 3.9 seconds, reached 60 mph in 9.2 seconds, and took 32.8 seconds to hit 100. Dashing through the standing quarter-mile required 17.5 seconds.

Gas mileage was deemed comparable to a Cutlass with four-barrel carburetion, though "under hard driving the consumption is bound to rise." At cruising speeds, Car and Driver suggested, "fuel economy may be better, because of the improved fuel atomization and mixture distribution with the whirling impeller." Premium fuel was recommended.

Summing up its test of a prototype, Car and Driver declared the Jetfire "not only the most radical design from an American factory in many years; it is an elegant and comfortable high-performance car of medium size."

The Jetfire's handling, however, was another story. In the next section, find out what handling faults reviewers noted.