The End of the Line for the Pontiac Tempest 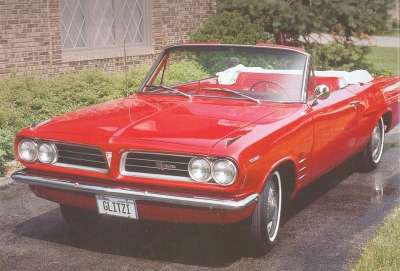 The Pontiac Tempest was eventually driven from the market by the LeMans.
©2007 Publications International Ltd.

The Pontiac Tempest eventually fell to the pressure of its competition with LeMans. Though the LeMans shared much with its entry-level brethren, its image was becoming more upscale, positioning it as a kind of junior Grand Prix.

Road testers gave the '63s high marks for fit and finish, interior appointments, instrumentation, and the new V-8's power. Criticisms ran the range from transaxle noise, to slow steering, to less-than-adequate brakes, especially with the V-8.

Though the Tempest family was becoming better in almost every respect and the competition was not gaining any ground technologically, buyers were not flocking to it like they did even a year before. Production was down, with 69,832 Tempests and 61,658 LeManses built, for a total of 131,490 units. Moreover, product planners believed this trend would continue, as the compact market segment was becoming quite crowded.

That reality, coupled with the relatively expensive production cost, meant the end of the line was soon coming for the transaxle Tempests. Though they were saddled with transaxle durability problems and timing chain woes on the slant-four, the most radical piece of engineering on the cars, the curved drive-shaft, hardly ever caused trouble. Still, many critics believed the transaxle Tempests were far too experimental and unproven to be released as they were.

In the end, the 1961-63 Pontiac Tempests would not be the beginning of a new trend in American cars. They did, however, become an interesting footnote, cars that did their best to bring leading-edge technology to the compact field. They were without a doubt some of the most innovative vehicles of the Sixties in terms of engineering and the utilization of existing technology and manufacturing resources. Ironically, their thoroughly conventional successor would become the trendsetter, spawning the muscle-car phenomenon with an option package known as the GTO. The rest, as the cliché goes, is history.

However, the Tempest story doesn't quite end there. On the next page, you will learn about the Tempest convertible that almost was.