The Ford Falcon and the FB Holden 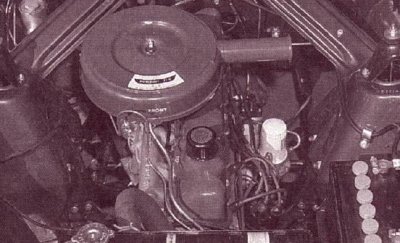 Built using a monocoque steel body shell, the Ford Falcon came down under having survived more than 3 million miles of testing in the United States in three years. Its wheelbase was 109.5 inches, compared to 107 for the Zephyr and 105 for the FB Holden. At 181.2 inches, total length was slightly behind the Holden, but the Falcon was notably lower and wider than either of the other two cars. It was marginally the lightest, too, at 2,463 pounds.

Furthermore, styling was years ahead of the FB Holden, which, although new for 1960, was stuck with cliched mid-Fifties U.S. cues like the wraparound front windscreen with its kneecap-crunching dogleg, "clap-hands" vacuum operated wipers, headlights mounted high in the leading edge of the fenders above the grille, and rear tailfins.

Holden was locked into this body style for the next three years, during which time not only was the fresh-faced Falcon introduced as competition but also the daringly different and vastly more powerful Valiant from Chrysler. (Even the Mark II Zephyr, introduced in 1956, was considered to be more modern in appearance than the Holden.)

Falcon entered the fray with a svelte, eye-catching style that created the illusion that it was longer than it actually was, with panoramic front and rear windscreens, sculpted side panels, minimalist bumpers, and a concave grille flanked on either side by single headlights.

Engineeringwise, Falcon was way ahead of Holden. Its lighter unitary body construction conferred many cost benefits by way of better fuel economy; its ball-joint front suspension delivered a far smoother ride with excellent handling (according to Ford); and its oversquare 144-cid six-cylinder engine (with a rating of 90 bhp at 4,200 rpm) was then state of the art for a mass-produced engine. The 138-cid Holden engine was, in reality, a prewar design that had been continually updated by GM's Australian engineers.

Despite these apparent handicaps, the FB Holden sold at the rate of 140,000 units per year and held an initially unchallenged 51 percent of the Australian new-car market. Ford was facing a stiff challenge.

The Ford Falcon did not come without its set of problems. Read about some of the struggles the car had on the next page.