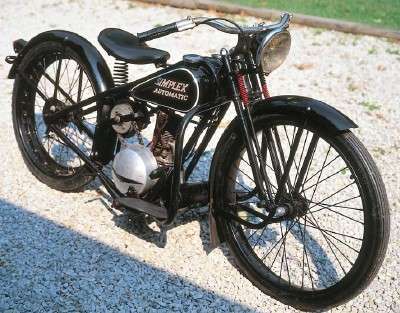 The 1956 Simplex Automatic motorcycle was designed and built in the United States. Several other manufacturers used the Simplex name, but they were based in Holland, Italy, and England.

The Simplex was the brainchild of Paul Treen, who started the company in the late 1920s with a $25 investment.

Treen was a draftsman by trade and inventor by nature. The Simplex was a natural extension of his abilities and vision. It was built in New Orleans and, surprisingly, it was the only motorcycle ever manufactured in the southern part of the U.S.

The first Simplex motorcycle was introduced in 1935, and as the name implied, was built with simplicity in mind. Its 125-cc engine powered the rear wheel through a direct-drive arrangement, eliminating the complexity and expense of a transmission and clutch.

Later models added more features. The Simplex Automatic motorcycle was fitted with an automatic clutch and variable transmission. Furthermore, its two-stroke engine incorporated a rotary valve that was quite unusual for the period.

On the next page you'll find more detailed pictures of the 1956 Simplex Automatic motorcycle. 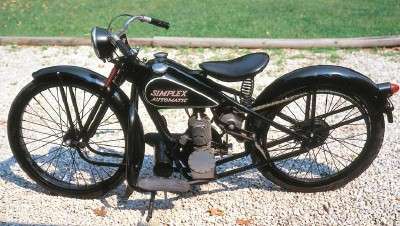 Simplex motorcycles were built in New Orleans until 1960 and are the only motorcycles ever built in the South.

The 1956 Simplex Automatic was a bare-bones machine that looked out of date even for the 1950s and had an antiquated front suspension -- and no rear suspension.

Other versions of the Simplex included this three- wheeler similar to Harley's Servi-Car.
A single seat spring provided rear suspension.
Evidently, top speed was insufficient to warrant a speedometer, so Simplex didn't furnish one.