The Last Days of the 1956 Packard Executive 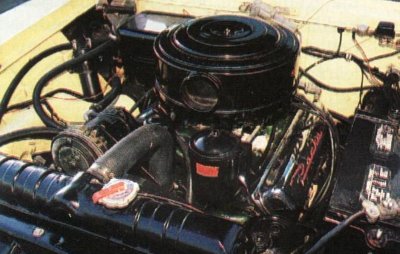 After the 1956 Packard Executive James Nance knew there was no place for him in the new Packard scheme, but stayed on through August helping to place some of his remaining loyalists. "I spent several months at the plant even after I was off the payroll," he told this writer and George Hamlin in 1975, "on my own time and my own expense in helping my key boys get located. I think as a result of that I have a very loyal alumni. We went through that situation together." Poor Nance was destined to go through a similar situation again. After leaving Studebaker-Packard, he became division general manager of Edsel.

Why build the Executive at all? Well, this was a company that tried everything. You have to give them credit for that. As Messrs. Hamlin and Heinmuller wrote, Studebaker-Packard employed "every conventional money-saving, sales-creating, publicity-massaging method" that there was (and some methods they tried several times). It didn't take a rocket scientist to produce the Executive.

Faced with similar sales problems in 1951, Kaiser had grafted Frazer clips and fenders onto leftover Kaisers; Canadian builders had done likewise with Dodge clips on Plymouth bodies, and so on. It didn't appeal to "the young man on the way up," but it was a game effort for an old company on the way down.

Indeed, the evidence is that Packard would do more than most to make buyers happy, although this was not novel for a company that had long claimed to offer anything a customer wanted. If you asked hard enough in 1955-1956, they'd build you a car that theoretically wasn't available. Thus appeared (or at least were retrofitted) Packards with three-speed stickshifts instead of Ultramatics, including several Caribbeans and at least one Executive; and Executives with non-standard specifications, even including the Caribbean V-8.

A new color, "flamingo," was introduced for spring 1956, and found itself onto quite a few Executives, usually two-toned with white. The dealers, who had never bought Nance's idea to restrict the Packard name, would have happily taken more Executives, but the model was hardly announced before production began to wind down.

When interviewed 20 years after the events here described, James Nance had been many years a banker, and had mellowed considerably. "The big lesson I learned out of it was the reason I welcomed the opportunity to run a bank," he said. "You can't do anything without money! I just concluded that sooner or later everybody ends up at the bank. After Packard, I knew that if I understood more about financing, banking, and the money markets, it would enable me as a business executive to run any business more effectively. I only wish I'd had the banking experience earlier in my career." And in an unguarded moment, he confided the words he thought he might like on his tombstone, based on a crack by Harry Truman: "Here lies Jim Nance. He done his damndest."