The 1955 Mercedes-Benz 300SL is one of the most coveted classic cars in history. See more classic car pictures.
©2007 Publications International, Ltd.

The 1955 Mercedes-Benz 300SL is one of the most famous cars produced by a Daimler-Benz company that marked its 100th anniversary in 1986. It built many memorable models in that century, but few are more widely known -- or coveted -- than the brilliant 300SL Gullwing coupe.

Derived from the successful but short-lived 300SLR racer of 1952, the Gullwing was, in some respects, technically superior to its parent. Both employed fully independent suspension, with D-B's usual swing axles at the rear, and a complex, tubular-truss chassis. The latter dictated the unique roof-hinged doors. Since the tubing ran halfway up the car, conventional side-hinged doors would have compromised frame stiffness. The solution was clever though it left very high and wide sills that made getting in or out something of a chore.

While the SLR ran with a triple-carb 3.0-liter straight eight, the roadgoing SL was powered by the 183-cubic-inch inline six introduced with the Mercedes-Benz 300 of 1951, modified with a newly developed Bosch mechanical fuel injection system. The result was even more power than the SLR unit -- initially 215 bhp (DIN) at 5,800 rpm -- and performance that's exceptional even by today's standards. The 0-60 mph dash typically took 8.5 seconds, and top speed was 145-165 mph depending on gearing.

The 300SL was one of the most expensive cars of its time -- more than twice that of the Corvette and even pricier than a Cadillac Eldorado.
©2007 Publications International, Ltd.

Unhappily, the 300SL would prove as short-lived as the SLR. At $7,500 in the U.S., it cost more than twice as much as a Chevrolet Corvette and $1,000 more than a Cadillac Eldorado, yet it was far too purposeful -- some said "spartan" -- for most of those who could afford it. After building only 1,400 Gullwing coupes from 1954 through early 1957, D-B switched the SL to a convertible body style with front-hinged doors and the same general lines. Offered through 1963, the roadster saw 1,858 copies before the 300SL was phased out (along with the four-cylinder 190SL) in favor of the "pagoda-roof" 230SL.

But it's the magical Gullwing that everyone wants. Too bad there aren't nearly enough to go around. Even if you do find an owner willing to part with one, you'll need an understanding banker and a six-figure bank balance to put it in your garage.

This partly explains why Malcolm Bricklin and John DeLorean vainly tried to capture the Gullwing's magic in sports cars of their own. They were doomed to fail, of course, because the Gullwing is the sort of car that comes along but once in a lifetime. Thank goodness it came along in ours. 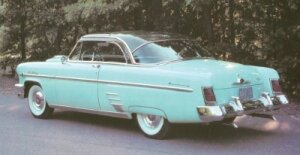 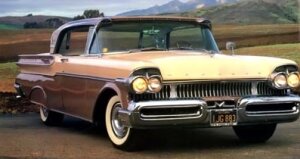