The 1953-1955 Sunbeam Alpine was an elegant two-seat open roadster based on the Sunbeam-Talbot 90 platform.


Front end styling was unchanged from the Sunbeam-Talbot 90 sedan's, but a long downswept tail made the Alpine look considerably more rakish, particularly with the top down. The Sunbeam Alpine was vailable in 1954 with optional overdrive, which was then made standard for the 1955 models.

Intended mainly for export to North America, the Alpine had a minor supporting role in the Cary Grant/Grace Kelly film To Catch a Thief. 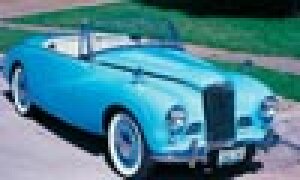