by the Auto Editors of Consumer Guide
Next
The 1952-1954 Henry J Corsair DeLuxe was an attempt to improve the Henry J's sales appeal. This model was marked externally by a full-width grille and taillamps set into the tips of the little rear fender fins. Interiors became a bit less spartan, the dash was revised slightly, and prices were higher, though they were reduced a little as time went on.

Cars of the 1950s Image Gallery

As with earlier Henry J models, DeLuxe signified the six-cylinder engine. None of this was enough to halt the sales downslide. Total production -- including the four-cylinder versions -- was 23,658, 16,672, and 1,123 for these model years, respectively. 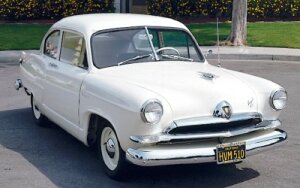 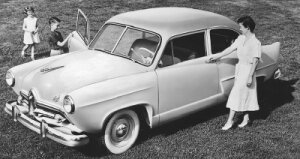