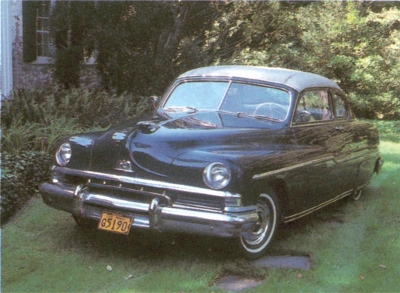 Most people either loved or hated 1950-1951 Lincoln Lido and Capri bathtub styling, but at least it was memorable. See more classic car pictures.
©2007 Publications International, Ltd.

The 1950-1951 Lincoln Lido and Capri were the result of a harsh reality: Despite the great strides made with its new 1949 models, Ford Motor Company still had a lot of catching up to do.

These deficits would be duly corrected, but Ford lacked something else in 1949: a "hardtop-convertible." General Motors surprised the entire industry that year with its airy new Buick Riviera, Cadillac Coupe de Ville, and Oldsmobile Holiday.

Though sales started out modestly enough -- just 9,499 -- one didn't have to be clairvoyant to see that they could only go up. And they did with the 1950 arrival of lower-priced Chevrolet and Pontiac models and a trio from Chrysler Corporation, which had considered hardtops back in 1946.

Ford, still on the financial ropes in 1949, found itself unable to answer GM's initiative right away. But since the first postwar Ford held the key to Dearborn's future, it naturally got the firm's first hardtop, rushed out for 1951 as the Custom Victoria V-8.

By that point, Ford had pretty much finalized an all-new 1952 corporate lineup that included Mercury and Lincoln hardtops, but there was neither money nor time for them in 1949, or even 1950-1951.

Nevertheless, company pride dictated some kind of quick response, so Ford did about the only thing it could: give ordinary coupes hardtop styling flair. The result was a quartet of 1950 limited editions: Ford Crestliner, Mercury Monterey and Lincoln's Lido and Capri. The last are probably the most collectible of the bunch, being not only the most expensive and luxurious, but the rarest. 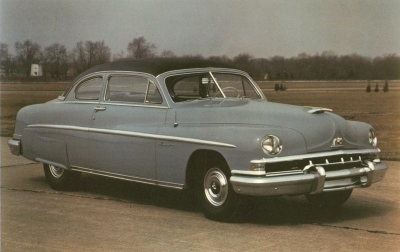 Only about 3,000 combined 1950-1951 Lincoln Lido and Capri models were produced each year, making them highly collectible.
©2007 Publications International, Ltd.