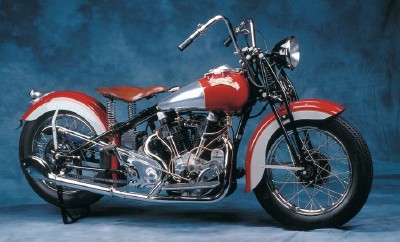 In a discussion of post-Depression American V-twins, Harley-Davidson and Indian are undoubtedly the best-known makes, but in terms of performance, neither could hold a candle to a 1940 Crocker motorcycle.

While the original Crockers were single-cylinder speedway machines, the first production models were large-displacement V-twins. Manufactured in Los Angeles, California, from 1936 to 1940, only 61 Crocker V-twins were built, making the survivors very rare indeed.

Contrary to some rumors, the Crocker used no Indian or Harley-Davidson components. Albert Crocker had enough experience to design and produce most of the parts at the company's Los Angeles location.

Since Crockers were built to special order, displacement was up to the customer; some engines were as large as 100 cubic inches.

Most were magneto-fired, with carburetors by Linkert or Schebler. All came with a nearly indestructible three-speed transmission, the housing for which was cast into the frame.

Two different V-twins were offered: a Big Tank model and a Small Tank version, both fuel tanks being made of cast aluminum.

The latter could be easily identified by the two mounting bolts that ran all the way through the tank halves. It also had a more upright fork angle that shortened the wheelbase and quickened the steering, making it better suited to racing.

On the street, at least, Crockers were formidable machines, able to humble most other bikes of the era. But due to their small numbers, few riders ever saw one -- which is just as well, considering the humiliation that could follow.

Go to the next page for more pictures of the 1949 Crocker motorcycle. 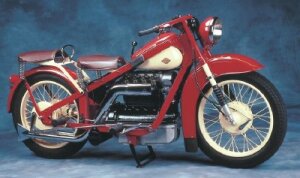 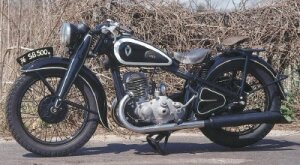 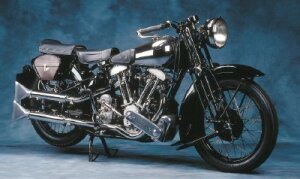