Nash planned little new for 1940, so the production changeover went very smoothly and quickly, and sales for an assortment of Nash vehicles -- including the 1940 Nash Ambassador -- were under way by mid September 1939. A month later, the company claimed its largest order bank in 10 years.

The main news generating buzz was a well-considered facelift, again supervised by independent designer George Walker and featuring the round, sealed-beam headlamps adopted by most 1940 U.S. cars. These were 50-percent brighter than the previous square lights, yet they delivered less glare to oncoming drivers.

Front-fender caps on Nash vehicles were reshaped to suit. That, in turn, led to enlarging the nose-flanking "catwalks," which made space for larger vertical-bar grilles. Inside was a flashy new instrument panel with ribbed chrome trim and transparent plastic gauge covers that magnified the dials for easier reading. The clock and radio dials were redesigned, too.

Both Ambassador lines offered the same models for 1940, but there was a spectacular new open style: the Special Cabriolet. The work of noted California designer Count Alexis de Sakhnoffsky, this custom-built convertible stood just 53 inches tall, thanks to a body that sat lower on a regular ragtop chassis. A unique cut-down windshield helped, too.

The result was a quick, clean look enhanced by rear fender skirts, scooped-out door tops, and the removal of most exterior chrome -- including the door handles. The cockpit was richly upholstered in leather and cord cloth. Pleated top-grain leather capped the doors. Also standard was a tachometer -- then rare among U.S. cars -- plus white-sidewall tires, back-up lights, and Weather-Eye.

The Special Cabriolet was claimed to do between 95 and 100 mph, mainly because it weighed about 150 pounds less than regular ragtops. But it also cost more, so sales were almost nonexistent: Just 20 were built and only 11 delivered. According to a Nash memo dated April 23, 1940, the nine unsold cars were converted back to standard Ambassador convertibles!

Nash continued its eye-catching color advertising in 1940, but with new headlines like "This is the Life -- and it's Yours!" and "You'll Find a Road of Mystery!" Nash was a big winner in that year's Gilmore Economy Run. An Ambas­sador Eight led the large-car class at 21.43 miles per gallon; an Ambassador Six posted 23.05 mpg. (Lafayette scored 23.76 mpg.)

Meantime, the sales brochure made a telling new point about Nash's Twin Ignition engines: "The Government requires twin ignition on all transport airplanes. In motorcars you will find it only on the Rolls-Royce and the Ambassador Sixes and Eights." Take that, Detroit.

As before, the low-cost Lafayette accounted for the bulk of Nash sales for 1940. Ambassador production rose sharply, but still totaled less than 16,000 units. Convertibles were almost "carriage-trade" items: Just 206 of the Sixes, and a mere 93 of the Eights. Indeed, the latter was so rare that for two of the exterior-color choices -- Lagoon Blue and Romany Red -- the factory produced only one eight-cylinder convertible each!

Nash-Kelvinator enjoyed a small increase in dollar sales for fiscal 1940, reporting $73,489,574. More important, the company returned to profitability with net earnings of slightly more than $1.5 million. That profit would have been far greater, but Nash had plowed a great deal of money into developing an entirely new car that would pioneer unibody construction in America.

This debuted for 1941 as a Lafayette replacement named Ambassador 600 that claimed to go 600 miles on a 20-gallon tank of gas. A new generation of more traditionally built Ambassadors would carry on at the head of the Nash family through 1948, but then even they would be swept up in the new wave represented by the 600.

Continue to the next page to get the specs -- from engine size to total number produced -- on both the 1939 and 1940 Nash Ambassador. 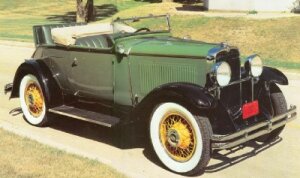 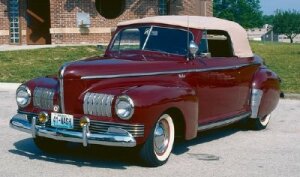