by Chris Warren
Prev NEXT
5 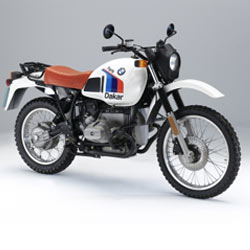 BMW should probably thank Honda for pushing it to produce some of its very best bikes, especially the 1973 R90S.
BMW

Known as the "thinking man's motorcycle" because of their elegant engineering and simple maintenance, BMW has made a host of bikes that many vintage experts point to as significant. According to Nolan Woodbury, co-founder of Vintage Motorcycles Online, the revered German manufacturer should probably thank Honda for pushing it to produce some of its very best vintage bikes, especially the 1973 R90S and the R100RS. "More than anything, the R90S was proof that BMW acknowledged the Japanese as a threat to their market share," he says.

Prior to the release of the 1969 Honda CB750, Woodbury says that BMW was nonchalant about its offerings, more or less telling its affluent customers to take or leave their black with white pinstriped bikes or go ahead and find something else. That all changed when Honda's CB750 arrived on the scene. "The flashy gray or orange smoke R90S was introduced to prove BMW was hip to the new generation of motorcyclists and tuned so it outperformed the CB750. The R100RS was a continuation of this theme, more lavish and unlike anything Japan offered … for a while," he says.

Read on to learn about the bike of choice for café racing.