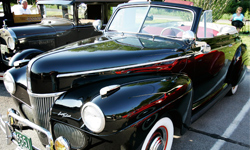 Okay, so we said the original lowriders tended to prefer Chevys over Fords, but there still were (and are) some great Ford lowriders out there. In addition to being more expensive than Chevrolets in the 1930s and 1940s, Fords were often overlooked for lowriding because of the shape of their bumpers. While Chevy bumpers were relatively flat, Ford bumpers had a bulge in the middle. When the car was lowered, the bulge would drag the ground. So if a pachuco wanted to lower a Ford, he usually had to switch out the bumpers -- something that was not only expensive but also required the extra legwork of finding just the right replacement bumpers.

In 1941, however, Ford bumpers didn't have a bulge in the middle. Plus, several other factors were combining to make Fords more affordable. In 1942, automotive production in the United States shut down to aid the war effort. After the war was over, American soldiers returned home with extra money in their pockets, and they wanted to spend it on new cars. That not only revved up the American automotive industry, it also flooded the used car market with 1941 models, bringing down prices.

A modern example of a 1941 lowrider is Joe Moran's 1941 Ford Custom. With pearlescent paint, an in-the-dirt stance and even the original hand crank (to be used when the car's battery was dead), it's easy to see the payoff for lowriders who ventured in to Ford territory. 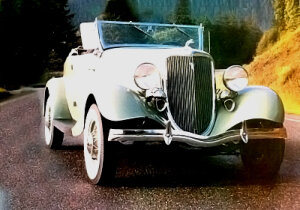