Camera in the Mirror

Perhaps you live in one of those bike-friendly cities everybody likes to make lists of. As a driver in that city, perhaps you live in fear of having to cross a bike lane to make a right turn -- so much so that, unlike the fabled UPS drivers who only make right turns to increase efficiency, you only make left turns. Well, if cameras in the passenger-side rearview mirror, like the one in the 2014 Honda Accord Hybrid, were standard, you could make right turns again. It's intended to be a blind spot assist, but it works so well for a quick bike lane check -- throwing the image from the camera up into the center console -- that it should probably be standard equipment on any car in any city that makes one of those bike-friendly lists.

But as a regular old human who has to buy a car and afford the payments, I don't have many bells and whistles in my car. I've got fog lights; that's cool, right? I had to upgrade my stereo to get a USB jack. I do have a lot of windshield wiper settings, which I appreciate; but that's hardly a driverless car, now is it? 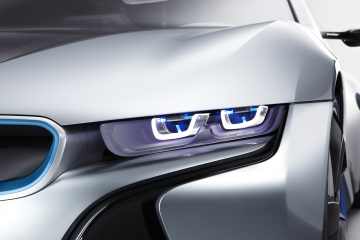