The 2005 Corvette coupe and convertible were quickly hailed as the best Corvettes ever, yet they somehow weren't new enough to satisfy a few critics. Indeed, Car and Driver first described the C6 as a "C5 and 11/16ths ... Like the '68 Vette, the 2005 is a profound evolution of the existing car. It's one long stride on the road of continual improvement."

Significantly, the C6 is t­he first Corvette developed in tandem with another GM car, the Cadillac XLR, a suave two-seat retractable-hardtop convertible launched for 2004. The Cadillac was given priority because it would launch first and would stand as a symbol of an emerging renaissance for GM's luxury brand. Only after the XLR was finished could the Corvette team turn full attention to C6 work, which was under way in earnest by mid-2000 -- yet another reason why the C6 could not be totally new in concept.

It is, however, very new in content -- 85 percent by weight. Much of that newness stems from having XLR in the mix. Chief among the XLR influences were the fit and finish of the composite-plastic exterior body panels; powertrain and road-noise isolation; and interior design, materials, and assembly.

From the beginning, the design team accepted widespread criticism that the C5 was a bit large for a high-power sports car. Shedding bulk would shed pounds to the benefit of performance, but would also make the Corvette easier to live with in crowded urban conditions -- an important consideration for Europe, where GM wanted to boost Corvette sales.

Complicating matters was the desire for improved aerodynamics, which had great implications for a new C6.R racer. So did a decision made early on to abandon pop-up headlamps for Corvette's first exposed beams since 1962. Besides reducing drag the fixed lamps took weight off the front, punctuated the new C6 face, and lowered cost and complexity. The team's aero target, a 0.28 drag coefficient, was met, yielding a small but important 0.01 Cd improvement over the production C5.

The C6 has plenty of other details to appreciate. Rear decks, for example, gain a "boattail" character line swept neatly back from the belt, a touch of the split-window Sting Ray coupe. Corvette's trademark four taillamps were almost perfectly round again, and nestled in a more-sculpted back panel that's still rather wide yet contrives to look lighter. Bodysides gained visual interest from a deft blend of creases and curves, especially around the indented "coves." And the "double-bubble" contouring of the coupe's lift-off roof panel was slightly more pronounced.

The C6 measures 5.1 inches shorter and an inch narrower than the C5, but is 1.2 inches longer in wheelbase at 106. That wheelbase was dictated by packaging requirements for the Cadillac XLR, but it added to the Corvette's purposeful new "wheels at the corners" stance. Helping the cause, the wheels themselves were larger, growing an inch at each end to 18 front and 19 rear. The one downside to the downsizing was slightly less cargo space: 22 cubic feet for coupes (previously 24.8), and 10.5 max for convertibles (vs. 13.9).

Matching the more-sophisticated exterior was an all-new cockpit. The most obvious change was the dashboard. It was laid out like the C5's, but the sculpted "twin cowl" theme gave way to a clean, vertical, passenger-side panel with newly hidden airbag door. New seats offered longer cushions and more prominent side bolsters. A sprinkling of aluminum and metal-look accents provided a tasteful touch of modern "hi tech." Gauges looked much the same, but audio and climate panels had fewer buttons and clearer markings. The center stack can also house a navigation system, available for $1,400 as a first-time Corvette option. A reworked console provided proper twin cupholders beneath a sliding cover and a larger armrest/storage bin. Designers also found space for small but useful door map pockets. The doors themselves gained electric latches with pushbutton interior releases and exterior press pads; a mechanical release outboard of each seat let passengers escape in case of power failure. The ignition key was replaced by a large engine-start rocker switch, part of a standard keyless entry system with pocket transmitter, another "gift" from XLR.

Standard horsepower jumped from 350 at 5,200 rpm to a beefy 400 at 6,000. Torque swelled from 360/375 pound-feet at 4,000 revs to a stout 400 at 4,400. To put that in perspective, the LS2 is only five horses down on the previous Z06's LS6 engine and makes the same torque at slightly lower revs. Icing the cake, the LS2 weighed 15 pounds less than the predecessor LS1, helped by a smaller water pump and a new, specially designed aluminum oil pan that took a quart less to fill yet ensured superior lubrication at high cornering forces.

As before, the convertible and base coupe offered a choice of six-speed manual or four-speed automatic transaxles. The veteran four-speed got Cadillac-style Performance Shift Algorithm programming, while the Tremec T56 manual boasted a revised linkage with more positive action and a shorter shift lever. And where C5s offered a manual at extra cost, C6s have it standard and offer the automatic at no charge.

The C5 "Uniframe" was already quite light and plenty stiff, but the C6 structure benefited from welded extruded-aluminum members that were bolted and bonded to strengthen the door-hinge pillars. Also added was an under-dash hydroformed brace that tied those pillars firmly to the center chassis tunnel. Ragtops gained rigidity from a new fiberglass tub that formed the trunk as well as a rear cockpit wall. This not only reduced noise and body shake, but protected trunk contents. Priced at $1,995, the C6 power top took up no more trunk space than the manual roof did, weighed a mere 15 pounds, and went from full on to full off (or vice versa) in under 20 seconds. Powered or not, the C6 top -- available in black, gray, or beige -- is shaped to generate less wind noise and is fully lined.

Considering all the improvements, it's amazing that the C6 coupe bowed with a base price of $43,710. That's $125 lighter than the final price for the last C5 coupe. Talk about value!

Value is a big reason why the new Corvette made Car and Driver's "10 Best Cars" list for 2005 -- and eked out a one-point win over the redesigned 2005 Porsche 911 Carrera in a comparison test. Over at Road & Track, the C6 came in first in a nine-way sports-car showdown. Road & Track concluded, "[The C6] has no real weaknesses and many strengths. It possesses world-class performance, a high level of comfort and dashing good looks. And it's available for nearly half the price of a Porsche Carrera S ... America's sports car is now back in its rightful place atop the sports-car mountain."

The C6 also continues the C5's perennial place on Consumer Guide magazine's "Best Buy" list. As we noted in our review: "Corvette delivers thrilling acceleration, handling, and braking ... and costs tens of thousands less than rivals with similar performance. If you like your sports cars bold and brawny, there's no better high-performance value and no stronger Best Buy in this class."

More an evolution of the C5 than an all-new car, the 2005 Corvette C6 took giant steps forward in performance and refinement. Smaller, more nimble, and more precise than its predecessor, the C6 carried a design that hearkened back to the beloved 1963-67 Sting Rays. The newfound refinement was a pleasant surprise, and performance was more satisfying than ever. Here are the specifications for the 2005 Corvette: 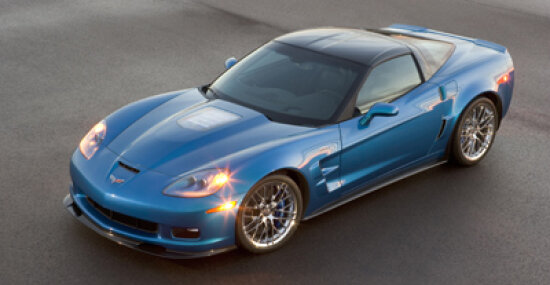 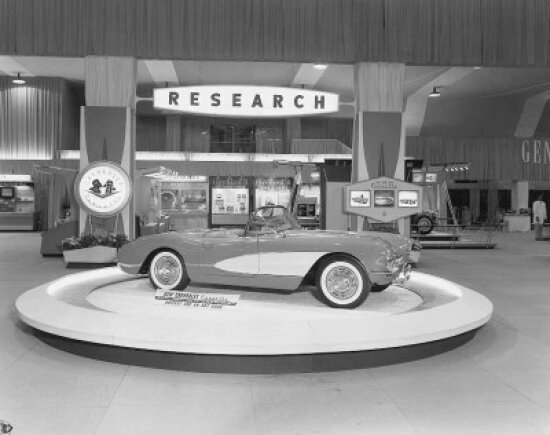 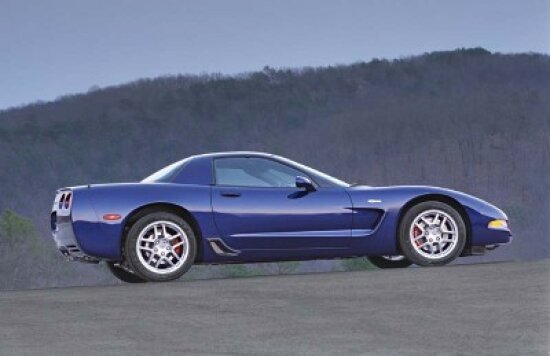